Like the Trump administration, four years of missed appointments and scheduling problems. Also there’s a film Trump has blocked for four years. Trump needs to rearm or he won’t win. You shouldn’t worry about the alligator that eats your limbs, worry about the one that eats the boat.

The fact that he has thin skin is not exactly breaking news.Ã¢Â€Â” John Latimer (@JohnMLatimer) August 2, 2020

Man who lost penis to blood infection has new one built on his arm https://t.co/UVGz8DJfq8 pic.twitter.com/sobeLt0aZg

“But the new penis has still not been attached four years after the procedure due to a series of missed appointments, scheduling problems…”

my sister just pointed out that Trump tweets like a fascist version of the Cookie Monster and now it's all I can think about https://t.co/R0gPzAtnv4

“I’ll be really honest with you: My time horizon is the election,” says Charlie Sykes, a conservative political commentator who is not part of the Lincoln Project but wants to see Trump voted out. “I feel like the house is burning. I want to put out the fire. I’m going to worry about the redecorating later.”

The Lincoln Project on trolling Trump: Ã¢Â€ÂœThe fact that weÃ¢Â€Â™re able to use his mental infirmity and addiction to television to freeze him and manipulate him serves a broader purpose for the overall campaign in terms of…disorganizing and disorienting him.Ã¢Â€Â https://t.co/0YyAVjUcgF

That is a central question of the 2020 election. Donald Trump has managed to do one thing no other president has done: Bring Republicans and Democrats, conservatives and progressives, boomers and millennials together in unprecedented numbers to try to defeat him in November. For Americans who believe the president is a raging threat to democracy, purity tests are out. Results are in.
Which explains the spectacular rise of the Lincoln Project, a group of Republican Never Trumpers who have moved rent free into the president’s head. Their viral videos and tweets mocking his leadership, his intelligence and his patriotism — aimed both at Republican voters who are wavering and Trump himself — have attracted millions of dollars, via donors from both parties. About 90,000 people showed up for a virtual town hall last month. Lifelong Democrats are organizing fundraisers for the project.
The “Mourning in America” ad attacks Trump’s mismanagement of the coronavirus outbreak. “#TrumpIsNotWell” questions his mental and physical fitness. “Bounty” asks why Trump won’t confront Vladimir Putin about U.S. intelligence reports that Russia offered bounties for the killing of American soldiers in Afghanistan.
[…]
“There’s no philosophy,” he says. “There’s no belief. There’s no core. It’s just about Trump and his popularity.” The value of the Lincoln Project is that it keeps reminding voters of all persuasions why Trump shouldn’t be reelected.
“Right now you’ve got to kill the alligator closest to the boat, the one that’s going to kill you, and that is Donald Trump,” says Tyler. “Now, we can all view Joe Biden as another alligator or Nancy Pelosi as an alligator. I think they’re little alligators and they’re a quarter mile down the river. You don’t have to worry about them at all. But there’s this giant alligator who’s going to eat the boat.”

Impotus Americanus is one of the heaviest leaders in the animal kingdom, and is famously known to be an orange, ruddy color not found in nature. pic.twitter.com/8ccudG6krqÃ¢Â€Â” The Lincoln Project (@ProjectLincoln) July 31, 2020

Spain, the country that Trump is suggesting is in the boat as the US, reported 3,092 new coronavirus cases on Friday. The US reported 66,364. The outbreaks arenÃ¢Â€Â™t comparable. https://t.co/C985bhsyfNÃ¢Â€Â” Aaron Rupar (@atrupar) August 2, 2020

“A damning documentary about Donald #Trump* that the US president Ã¢Â€ÂœdoesnÃ¢Â€Â™t want you to seeÃ¢Â€Â is getting released worldwide.”

“Having been held back by legal threats from the #TrumpOrganisation for the past four years, 'YouÃ¢Â€Â™ve Been Trumped Too' has been picked up for release… pic.twitter.com/voB9IHfDZk

In the middle of it all, Trump made the 283rd trip of his presidency to play golf. https://t.co/wRkCCUB97W 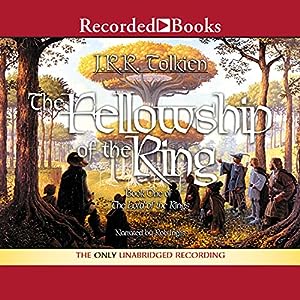