Trump hasn’t yet reached his personal Vietnam death toll numbers, because bone spurs. The GOP will parse his numbers because somehow Democrats are to blame, what with all the stress of impeachment and all those conspiracy theories. This assumes that we believe all that disinforming gaslight and malarkey incessantly repeated in his speeches. The 80,000 dead so far will be grateful that only 60% of them are the result of Trump’s inaction.

The war Trump is fighting is one that he has “has fought all his life: against truth, against facts, against anything that might offer glimpses into the reality of his warped character and serial failures,”

No statistic ever lay gasping for air, feeling as though their chest were being “crushed by an anvil.” No one ever wept for a statistic that died alone beyond the touch of family or friends. No one ever mourned a statistic.

And yet at this moment of national trauma, our president can’t seem to muster even a poor imitation of compassion for the victims. What is more, rather than waging a war against the disease that is causing such pain, he is waging one against the statistics, fearing—and quite rightly—that the data will tell for all time the story of his utter failure as a leader.

According to Axios, “A senior administration official said he expects the president to begin publicly questioning the death toll as it closes in on his predictions or the final death count and damages him politically.”

This too should come as no surprise. Last month, Fox television personalities Tucker Carlson and Brit Hume started to poke at CDC numbers, with Carlson saying, “It’s entirely possible that doctors are classifying conventional pneumonia deaths as COVID-19 deaths. That would mean this epidemic is being credited for thousands of deaths that would have occurred if the virus had never appeared.” Deborah Birx and Anthony Fauci quickly stepped into quash this effort at distortion.

Perhaps the most heartbreaking of all those deaths are the ones that did not have to happen. These are the ones caused by Trump failing to act sooner in response to news of the disease. Epidemiologists have estimated that had Trump acted just two weeks sooner between 60 and 90 percent fewer people would have died. This has led filmmaker Eugene Jarecki to create TrumpDeathClock.com, a site that uses the most conservative estimates of the impact of Trump’s inaction to tally in real time those whose deaths are at least in part Trump’s fault.

The war Trump is fighting is one that he has “has fought all his life: against truth, against facts, against anything that might offer glimpses into the reality of his warped character and serial failures,” writes David Rothkopf, host of Deep State Radiohttps://t.co/2cyLftsFlRÃ¢Â€Â” The Daily Beast (@thedailybeast) May 10, 2020

The Pentagon is buying fuel from Iraq at grossly inflated fuel prices, claiming the cost reflects a premium for short-term, emergency deliveries. It sure is buying a lot. https://t.co/TiXkFpkQ4tÃ¢Â€Â” The New Republic (@newrepublic) May 10, 2020 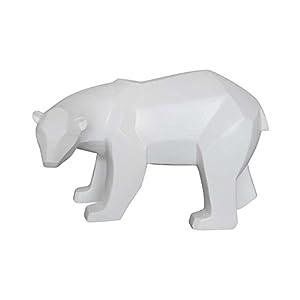