Under Donald Trump, the Republican Party is racing toward a transformation that mimics the greatest evil of the 20th century. Long before the Nazis fully engaged with genocidal murder against the Jews, there were persecutions of people deemed “unfit.” These were people whom Adolf Hitler’s extremists arbitrarily deemed insufficiently able to contribute to the greater German society. They included the infirm, people with learning disabilities, the mentally ill, those suffering from epilepsy, the physically disabled, and those struggling with alcohol issues.

According to the Nazis’ white supremacist ideology, those people were not only impediments to their quest in perfecting their master race, but were also economic burdens to society. The Nazis started a campaign of propaganda to mock them. They were called “unworthy of life” and labeled as “useless eaters.” The propaganda even expanded to math textbooks, which were revised to include arithmetic problems on how much it costs to care for these undesirables. This was the first stage. 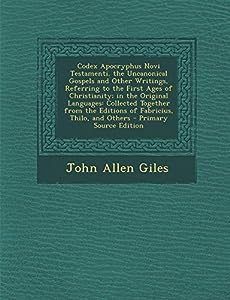 Codex Apocryphus Novi Testamenti. the Uncanonical Gospels and Other Wr...