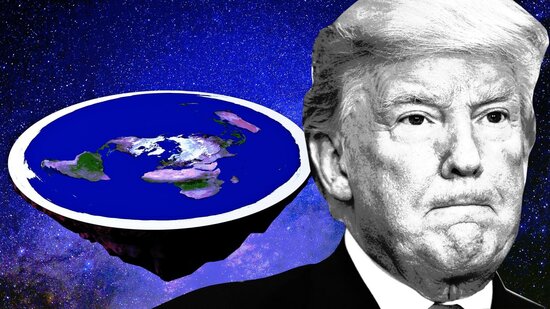 As Trump refuses to appear before the Senate impeachment trial, there’s more lawfare with defamation suits resulting from 2020 election claims:

Intro: "The Earth is round." pic.twitter.com/dZzyPBuIvd

There are already libertarian pillows pic.twitter.com/qbe87YQCdu

March for Our Lives co-founder David Hogg tweeted on Thursday that he and software developer William LeGate are launching a pillow company to compete against MyPillow, which is led by Trump supporter CEO Mike Lindell.

Driving the news: Lindell is one of former President Trump’s most adamant defenders and has repeatedly shared unsubstantiated conspiracy theories about the election since President Biden took office.

Details… Hogg wrote that he and LeGate hope to “sell $1 million of product within our first year” and to launch in about six months.

Trump's refusal to testify invites the inference, supported by other facts we know, that on the afternoon of January 6th he sat in the Oval Office watching TV, enjoying the spectacle, and doing nothing to call off his supporters or mobilize the government to deal with them.

Trump defense lawyer says the former President will NOT testify at Impeachment trial.

Attorney: “It’s a publicity stunt in order to make up for the weakness of the House managers’ case.”

There’s no escaping what really happened. Now, in one sense, Republicans are surely relieved Trump isn’t testifying, because he would no doubt reiterate that the election outcome was fraudulent, demonstrating again that he absolutely did want to overturn it, making Republicans look even more corrupt and depraved for acquitting him.

The central strategic goal for Republicans at Donald Trump’s impeachment trial is no mystery. Above all, they must avoid taking a stand on what the former president is actually accused of doing: inciting a mob assault on the Capitol and on lawmakers themselves, for the express purpose of violently disrupting the peaceful conclusion of an election he lost.

Intriguingly, this task may have been badly complicated by none other than Trump’s own lawyers.

some Trumpists likely believe in a flat Earth that could be round but not spherical, much like a sky that would compel you to spoil vaccines www.washingtonpost.com/…

This may explain why Rep. Jamie B. Raskin (D-Md.), the head of the team of impeachment managers, has now sent a letter to Trump, asking him to testify in his defense at his Senate trial.

A spokesperson for Trump just confirmed that Trump will not testify, which is hardly surprising. But this, too, underscores the complications that Trump’s lawyers have created for Republicans.

Trump's lawyers may have committed a big blunder. By contesting Dem claims about his conduct, rather than hewing to constitutional arguments, they will expose just how weak their defense of his conduct really is. His refusal to testify confirms the point:https://t.co/WutLmF3OAL

This is a transparent copout. Trump could easily testify or agree to a deposition without sacrificing his claim that the Senate has no jurisdiction to try him. His cowardice is obvious. https://t.co/WpDvmaINqc

GOP Qowards tried to delay the Removal vote with a motion to adjourn – but didn’t delay the vote by reading the Resolution laying out ugly comments by Qanon Rep MT Greene. Didn’t want those allegations read out loud before the vote — but House Democrats will take care of that.

My first column in the @thedailybeast on Marjorie Taylor Greene being the present and future of the #GQP. She's the center, not the outlier. Also, a brief word on how Dems should flex and confront this threat moving forward. Hope you dig it.https://t.co/hRvzj7J6Dn pic.twitter.com/MXR8tTqXmT