Trump's Is an Incompetent Crook – and That Makes it Worse

The mess we’re in didn’t start with IMPOTUS. The GOP and the 1% have been working for years to turn our democracy into an oligarchy where the rule of law is at best a platitude that they pay lip service to. Their plan has always been to keep the Republican party in power and keep Republican officeholders under control. The GOP-controlled Congress ceded enormous power to George W. Bush in the expectation he would pass it on the next Republican president, and the next, and so on. They didn’t count on Barack Obama disrupting their plans, but they quickly moved to keep him as much as possible from using the power they had given the White House. And, expecting Hillary to succeed Obama as the next Democratic nominee, they worked for the full length of Obama’s presidency to soften her up for the next election, so that whoever they picked as the Republican nominee would easily defeat her.

But then came Trump.

Trump isn’t good at much, but he is a good demagogue, and he does know how to read the moment. He had thought about running for president before, but now he saw an opportunity to increase his name brand, punish a woman, and do Putin’s bidding. It’s known he didn’t really expect to win (he didn’t even have a victory speech prepared, and he hated spending money on preparing for a transition); indeed, before the election he was already planning a new TV network and intending to make President Hillary’s life as miserable as he could. Instead, he found himself in the White House, and the GOP, which never wanted him there, had to deal with this reality.

The GOP wanted a clever crook, one who could be subtle enough and clever enough to keep everything under control while keeping up appearances. Trump is none of that. McConnell, the Mercers, the Koch brothers, perhaps even Putin, they don’t really want him there. He blunders, he blusters, he is deliberately unpredictable, he is too obviously corrupt, and he doesn’t know what he’s doing — with government, with business, with nuclear weapons.

But now Republicans are stuck with him. And they know it, they hate it (in private, GOP Senators complain about his sheer incompetence), but they can’t — or won’t — do anything about it. Because he’s their incompetent crook. He probably has some blackmail on many of them, he certainly has his base with which to threaten them, and Putin is probably pushing them (though he must also hate or more likely despise his creature).

A cleverer crook would never have been so obviously and clearly wrong that Speaker Pelosi really had no choice but to impeach him. A more competent crook would not have let his ego get in the way of his intentions — but of course Trump’s intention is mainly about stoking his ego. A more subtle crook would never have made it so openly clear that he wants to be a dictator (yes, George W. Bush did say that, but he laughed it off immediately).

In short, Trump has ripped apart the veil of respectability by which the GOP had hoped to conceal their theft of the country from the people.

McConnell’s latest gambit to hide the Senate trial from the people isn’t really about speeding it up. It’s about trying to control the damage Trump has done and keep America from catching on to what the whole GOP is doing.

it may be too late for that, as the latest polls show. The GOP is therefore counting on two things: the voters’ traditionally short memories, and Russian interference in 2020. (Along with voter suppression and other tricks.) They were hoping to be more subtle about it, but Trump has made that impossible for them. Their only choice now is to be brazen.

Making this case to the country will be a tough sell, but it’s what we have to do to overcome the GOP’s thumb on the scale.

Good luck to us all. 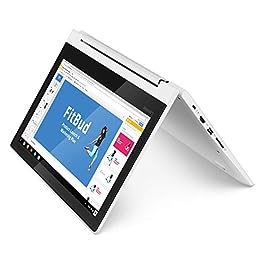