Not many people can name the chair of their state’s political party, much less the chair of another state’s. Yet Kelli Ward, a perennial losing Senate candidate, is well known across the land as the chair of the Arizona Republican Party—and that’s not a good thing. Kelli Ward was wacky before the GOP plunged into QAnon town, at one time just a conspiracy-laden, fringe joke. She was best known for holding town halls on Chemtrails, hanging out with the Bundys, and being a fierce defender of racist speech. Yet now the rest of Republican party has caught up with her, so she was selected to lead the Arizona GOP.

She has not disappointed.

She told anti-maskers to dress like healthcare workers when they protest. She asked her fellow state Republicans if they would be willing to commit for dying for Trump, because that’s normal. When insurrectionists stormed the Capitol and someone did die, however, she blamed “outside agitators.”  She also thought this would be a good time for the Arizona state party to censure the three most popular Republican political figures: former Sen. Jeff Flake, John McCain’s widow Cindy McCain, and Gov. Doug Ducey, for the crime of ….  refusing to support Trump’s efforts to overthrow the election.

She was all about “election integrity,” she said. Bet she didn’t think that would be thrown back in her face so soon. 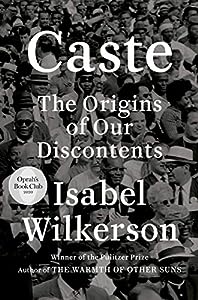 Caste (Oprah's Book Club): The Origins of Our Discontents