Political Wire has a link to this Bulwark tweet that shows a montage of some of the times Trump and/or Pence lied about tests being available and about the number of tests; each clip is followed by an expert correcting them. Unfortunately, I can’t get the video to embed here (some videos work, but not this one).

So here are some highlights (all clips have dates on them):

Two March 4 clips of Pence saying  “We’ll have over a million tests in the field today” (in the Cabinet Room) and then “About one point five million test kits going out as we speak (same day, from the briefing room podium). A clip of Dr. Fauci on March 5: “Maybe by the end of the week they’ll be able to get out about 75,000 tests.”

Trump, March 7 at CDC: ‘You have mentioned 4 million tests before, 4 million.” CDC official, looking very uncomfortable: “Maybe by the end of two weeks, hopefully.” Trump continues: “Anybody who needs a test, gets a test. They have the tests.” Followed by Dr. Fauci on March 12, testifying to Congress: “The idea of anybody getting it [the test], we’re not set up for that.” Followed by some Senator (I don’t recognize him), same day: “People should not say ‘if you want a test, you should go get a test right now.’ We have a long way to be able to go to get rapid, efficient testing.”

Big clip from the March 20 presser where Trump is asked about testing, says “we’re hearing very positive things about testing,” then talks over a reporter. Dr. Fauci then comes to the mic and says, “I understand and empathize with the people who rightfully are saying ‘I’m trying to get a test and I can.’t’”. Then responds to a reporter by saying “We are not there yet.” Trump meanwhile is doing his shifting back and forth and looking like he’s trying not to swallow something bad. As Fauci steps back, Trump turns to Pence and says “You want to finish that?” While Trump mutters something unheard,Pence dutifully steps up and says “I just can’t emphasize enough the incredible progress we have made on testing.”

“You want to finish that?” = “Fauci told the truth! You gotta fix it!”

It’s a minute 35 seconds long, not too much for an ad. It’s got dates and the clips show the experts who, one by one, contradict the administration’s lies. This is one that should go viral. 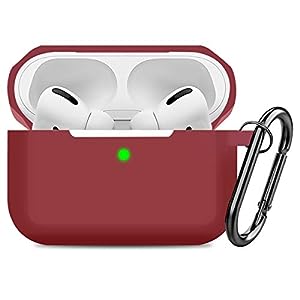