“I’m the only thing standing between the American dream and total anarchy, madness and chaos.” Trump at the Council for National Policy

Recalling that Mark Burnett wanted once to have Trump arrive at an event like Hitler at the Nuremburg rallies, next week’s GOP convention should have bombast to compensate for all the clusterflopping going along. One of Trump’s guiding lights is the CNP (see Kelleyanne Conway) and today Trump held a pseudo-rally there.

President Donald Trump: (03:38)
But over the last week, the Democrats held the darkest and angriest and gloomiest convention in American history. They spent four straight days attacking America as racist and a horrible country that must be redeemed. Joe Biden grimly declared a season of American darkness and yet look at what we’ve accomplished until the plague came in, look at what we’ve accomplished. And now we’re doing it again. It’s most successful period of time in the history of our country, from every standard, look what we’ve accomplished. And now this plague comes in and look at the way they talk. But look at what’s happening and look at how we’re shooting up. We call it a super V, it’s no longer a V, it’s a super V and they didn’t think that could happen and they’re probably not happy about it.

President Donald Trump: (04:35)
They want to punish America and its citizens instead of holding them high, where Joe Biden sees American darkness, I see American greatness. We’ve seen heroic doctors and nurses racing into action to save lives. We’ve seen first responders helping strangers in need. We’ve seen the passage of historic legislation to save 50 million American jobs. We’ve mobilized American industry like never before. We’ve built military hospitals from scratch, produced life saving therapies, and we’re on track to develop the most incredible from a standpoint of time, record time, vaccines. We have vaccines. You’ll be reading about them very soon, way, way ahead of schedule, years ahead of schedule. This would have been where we are now, Phase 3 trials, clinical trials, you wouldn’t have been there in two or three years if you went back to another administration.

President Donald Trump: (05:36)
It’s time to reject the anger and the hate of the Democrat Party, we have the biggest election coming up of our lifetime. No party can lead America that spends much time tearing down America. But the biggest part of last night’s speech was what Joe Biden didn’t talk about. He didn’t talk about law enforcement, he didn’t talk about bringing safety to Democrat run cities that are totally out of control and they have no clue. China was never mentioned in any way, shape or form. China will own our country if he gets elected, they will own our country. And we’re not going to let that happen.

But suggestions for next week’s Republican National Convention abound.

Trump and his team have to know they are behind. Simply rallying the base, which Trump excels at, isn’t enough for him to win. The convention is their best early chance at wooing the additional voters they need. To get those voters to tune in, they need a gimmick that will attract media attention and signal that something different is in the offing. Trump on the road can do the trick.
Imagine this scenario. Monday the convention officially nominates Trump and Vice President Pence. Instead of waiting until the last day for their acceptance speeches, the convention hears from each man that night. Trump can address the crowd (and there will be an in-person crowd, no matter how small) from a location that highlights a story he wants to tell. Walking from Trump Tower in Chicago to the looted and boarded up Magnificent Mile, talking about how the Democratic party has ceded control of major U.S. cities and refused to keep people safe, would be riveting television. Having Pence lead into that with a talk from the heavily damaged federal courthouse in Portland would add to the drama. Most Americans haven’t seen these images. Staging two historic speeches on the convention’s first night ensures they will.

Finally, Trump recently reported conferring with God about the economy, mostly telling God what a great job he (Trump) had done, to which God allegedly replied, “now we’re going to have you do it again,” according to Trump’s retelling at a small Minnesota rally last week. I expect a deus ex machina of some sort, perhaps a papier-mâché replica of Trump himself, posing as Zeus hurling thunderbolts across the stage, or, perhaps, Plutus, the Greek god of wealth, tossing gold coins and plastic beads into the roaring crowd.
And, of course, members of The Family will make appearances, though I don’t expect video reels of grandchildren testifying to Trump’s warmth or his empathy. Think of those moments as product placements. Trump clearly believes he is creating America’s Next Top Political Dynasty (either as a reality show or just plain reality) and the convention may give us a clue about whether that idea is still stuck in development or moving closer to production.

Former Ohio Rep Bob McEwen is the Executive Director of the Council for National Policy and, as my thread shows, has a close relationship with Trump and Pence.

9:00 pm
The Creatures From Beyond the Mist shriek “Turkey In the Straw.”

9:05 pm
Zorcrax the Unstoppable, destroyer of worlds, and ruler of the Land of Shadow, shares how he and his legion of death-knights are ridding cities and towns across America of violent crime by ridding them of people.

9:20 pm
Roger Stone gets a lower back tattoo of President Trump.

9:30 pm
The Gremlins From the Bog of Despair discuss how tax subsidies are helping swamp things like them harvest the bog’s toxic sludge in order to meet America’s growing energy needs.

10:40 pm
President Donald Trump accepts nomination while walking down a ramp and drinking a glass of water.

10:55 pm
The Hellmouth finally opens and consumes us all.

Read this if you really need some levity in 2020. https://t.co/F6nOnObwLP

Trump and Bannon have been in contact in recent weeks. https://t.co/j7SN6MmCiD

Trump may be in fact the only thing standing between madness and chaos: 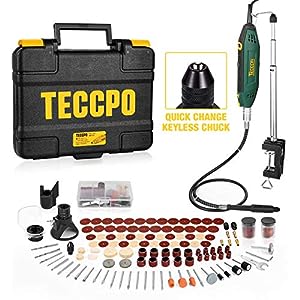