The latest bit of gross stupidity and waste of state taxpayer funds is one state suing others because fraud, something, something…. abstracting from actual votes is more representative of the will of the people….maybe…and go Constitutionally big or go home. This Texas parlor trick requires the same thing all the other 40+ suits have required, facts and evidence. Because Gorsuch, Kavanaugh, and Barrett owe Trump something, something transactional. Darn that rule of law.

Although the Supreme Court has “exclusive” jurisdiction over disputes between states, it does not automatically hear all such cases.

Rather, states have to receive “leave to file,” which usually requires showing that there’s no other forum in which these issues can be resolved.

Anyway, it takes five votes to grant a motion for leave to file — which isn’t going to happen.

And it’ll take some time. So chalk this up as mostly a stunt — a dangerous, offensive, and wasteful one, but a stunt nonetheless.

PA: Here are some books
TX: Uhh, SCOTUS, we have an equal protection problem here.
SCOTUS: What?
TX: PA is helping people learn.
SCOTUS: So?
TX: That, like, makes us look bad.
SCOTUS: …
Me: I move that we put Texas on the *other* side of the Wall.
SCOTUS: I'LL CONSIDER THAT NOW

So if TX lawsuit direct to Supreme Court v MI, WI, GA and PA and they get the constitutional remedy they seek ie that the Legislatures choose the electors: well… then here is your handy guide to the makeup of each:: pic.twitter.com/xkAuFLbPwc

How pathetic! “Agreeing” to argue a case no real Court would ever deem worth hearing — just to get media attention! Not even the pleasure of trouncing @tedcruz would tempt me to hope SCOTUS would give this frivolous @MikeKellyPA lawsuit the time of day. https://t.co/40uLxso12x

The Texas Republican said he would be willing to challenge the election results in oral arguments before the U.S. Supreme Court if the justices agreed to take up a lawsuit filed by Rep. Mike Kelly (R-PA), congressional candidate Sean Parnell and Pennsylvania state representative candidate Wanda Logan, and law professor Kimberly Wehle ripped Cruz in a column for The Bulwark.

“Whew! Now that Cruz is on the constitutional job, we can finally relax,” writes Wehle, a professor at the University of Baltimore School of Law and former assistant U.S. attorney. “The certified vote counts don’t resolve anything — only five unelected individuals on the U.S. Supreme Court can resolve the election!”

What’s shocking is this should be shocking but isn’t. https://t.co/bY2beCw1mh

“Two developments yesterday gave us a hint of where we are going:
•The dead-ender effort to overturn the presidential election will extend all the way to January 6.•We are about to see the outbreak of the Anti-Vaxxer War of 2021.”
— @SykesCharlie https://t.co/6mr7uLeUkm

There's time to be alarmed. It's such a time. The president's blatant, if incompetent, attempts to steal the election are happening in a period of entrenched of minority rule, and are met mostly with silence or approval by Republican leaders. New piece:https://t.co/XVY1WEkuZW pic.twitter.com/AW9bAJc65J

This is really great, from @zeynep: She's starting a newsletter publishing the strongest counterargument to her most recent essays https://t.co/6UhEXs1Ejp

The idea that you can pardon yourself is preposterous on face value.
It is also preposterous that it is even a possibility. https://t.co/CxUktGH6gl 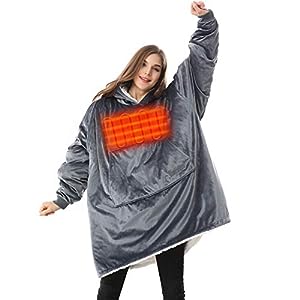