Axios reports that the twin pillars on which the impeachment inquiry will center is Ukraine and obstruction of justice. The advantage of the latter is that it also folds in as a structure the Mueller report when the bill of impeachment gets constructed. It also indicates where the cover-up will be focused by the WH and its associated Trumpists.

Ukraine and Obstruction of Justice are on the twin rails to the bunker.

The scorched earth policy of throwing Kurds and advisors under the bus continues as the Impeachment inquiry gains momentum and Trumpists become dead-enders.

The question remains whether the Congressional GOP will become human shields. The Fiona Hill testimony should reveal so much more tomorrow.

FUN FACT: An overwhelming 63% of Americans say the Trump administration should cooperate with the House impeachment inquiry.#ImpeachmentTaskForce

Fiona Hill, Trump's top Russia adviser until she left the administration in August, is expected to be interviewed behind closed doors by three House panels

Semyon Kislin, business associate of Giuliani, asked to appear at a deposition on Monday.

Driving the news: If the document request for Trump's former Russia adviser Fiona Hill, reviewed by Axios, is a road map for what Dems plan to ask Trump administration officials this week — and committee sources tell me that it is — then the inquiry remains focused on Ukraine and has not yet branched out into other countries.

Ahead of this week's subpoenas and depositions, new documents obtained by Axios show how Democrats are taking the impeachment inquiry in two tightly focused directions: Ukraine and obstruction of justice. https://t.co/gFN14JUrF2

Below are some of the key areas of interest to the committees, as outlined in their Oct. 9 letter to Hill:

Tomorrow Russian Expert Fiona Hill will tell us about the secret goings on she observed from her perch on the WH National Security Council – and perhaps why she left about the time Trump put the hold on the $391 million that was supposed to go to protect Ukraine from Putin. pic.twitter.com/HCt6T7JYQh

“Incredibly McMaster has also recruited a former Soros staffer from his Open Society Institute, Fiona Hill, as the NSCÃ¢Â€Â™s expert on Russia. Hill has been pressuring the Hungarian and Romanian governments to stop their resistance to Soros efforts…”https://t.co/W50JEe3zww pic.twitter.com/h5UqcM7nIe

Either he's brain damaged or he thinks his followers are. But this is one of the dumbest dishonest obsessions he's ever indulged in. https://t.co/bMFoQpTV6l

President Trump on Rep. Adam Schiff: “I actually told my lawyers, I said, 'Sue him anyway.' He's got immunity but they can't mean immunity for that. I said sue him anyway. Even if we lose, the American public will understand.” #ValuesVoterSummit pic.twitter.com/BPjeYuRt0n 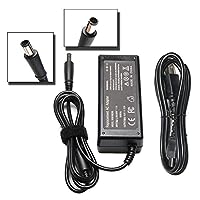