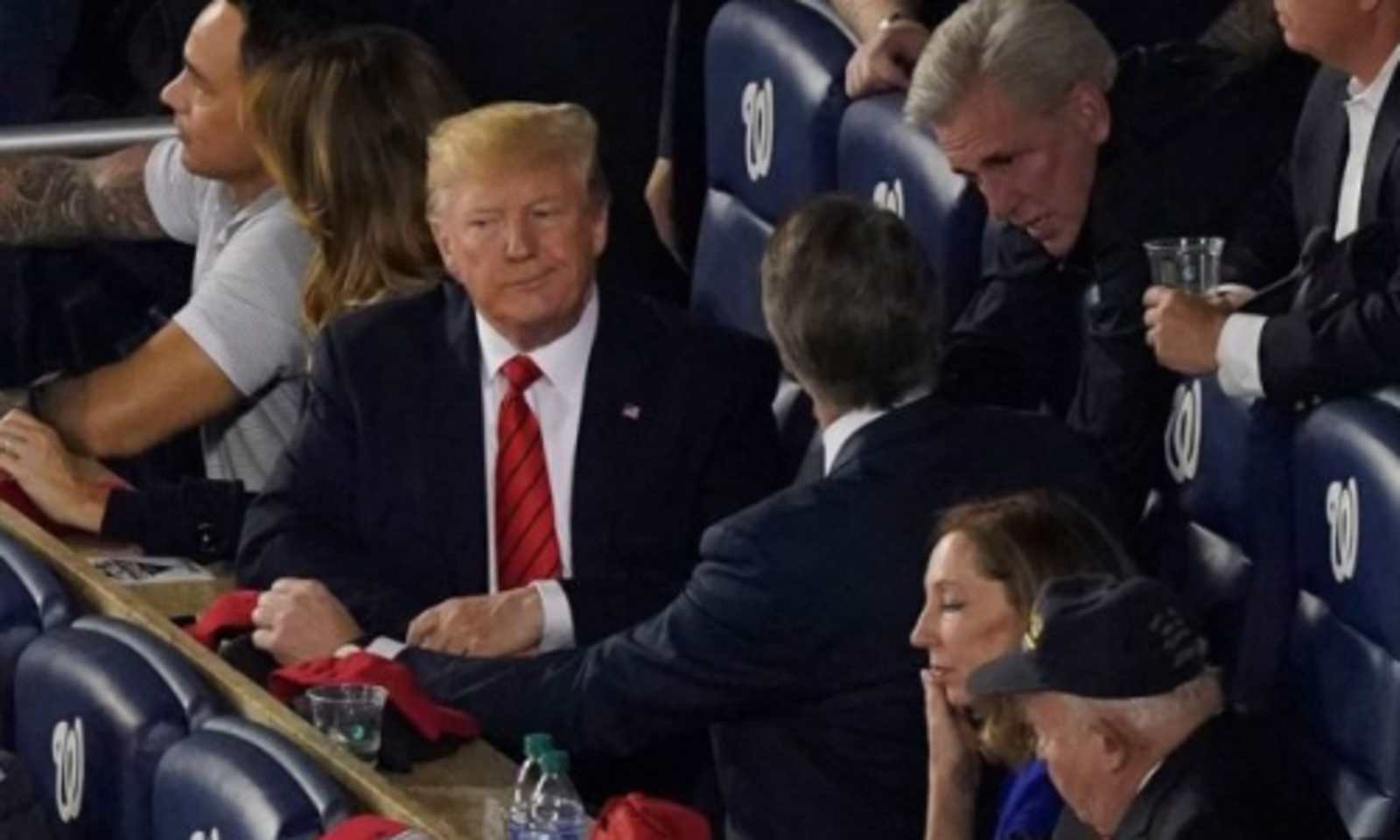 It could be his jury pool.

Booed, mocked and given the “lock him up” treatment at the World Series, President Donald Trump might decide that his first MLB game as president just became his last. My ⁦@usatodaysports⁩ column from Nats Park: https://t.co/8b3hUyhHVl

When his name was announced to the sellout crowd after the third inning of World Series Game 5 in the midst of the Washington Nationals’ regular salute to veterans, Trump was met by a torrent of boos. The noise was intense and long-lasting, a wave of negativity that washed up to the Major League Baseball suite where the president was watching the final game of the Series to be held at Nationals Park.

But the moment the big screen in center field switched from showing Trump to once again showing the veterans, the boos from the crowd immediately returned to cheers.

Trump’s visit made many people uncomfortable. He did not sit with the principal owners of the Nationals, the Lerner family, in their suite. Word was the Lerners didn’t want to have anything to do with him during his visit, a source who asked not to be named but was familiar with the situation told USA TODAY Sports.

Waiting for the gaslight tweet where Trump says “Thanks to all those great Nats fans cheering for their President. I got the biggest terrorist in the world. They love me. They really do.”

The irony of the successful operation against al-Baghdadi is that it could not have happened w/o US forces on the ground that have been pulled out, help from Syrian Kurds who have been betrayed, and support of US intelligence community that has so often been disparaged.

"Lock him up!" chants break out at Nationals Park, as President Trump attends the World Series on Sunday night – @albamonica pic.twitter.com/ymhzRSzhey

So this just happened in the middle of the nats game. @Nationals pic.twitter.com/4MOij35smB