That was on full display this morning as Trump announced he will pardon legendary women’s rights activist Susan B. Anthony — who is an example of somebody who's done an amazing job and is being recognized more and more, I notice.

It was so unexpected coming from him (let’s be serious, he didn’t think of it; I’d be surprised if he knew who she was), that women at the event literally laughed at his announcement.

So of course Trump — amply demonstrating the discipline, shrewdness, and political chops that got him where he is — stayed on message, attacking Michelle Obama over the speech she gave on the first night of the Democratic National Convention.

At an event aimed at highlighting the 100th anniversary of women's right to vote, President Donald Trump disparaged the country's most admired woman, Michelle Obama as “over her head” after she delivered a scathing, direct-to-camera speech criticizing him at the Democratic National Convention Monday.

“Well she's in over her head, and frankly, she should've made the speech live, which she didn't do,” he said Tuesday when asked his reaction to Obama's remarks, calling her speech “extremely divisive” before quickly pivoting to talk about drug pricing.
Obama has frequently topped the list of the nation's most admired women and left office with a 69% favorability rating.

Trump disses Michelle Obama: “She was over her head, and frankly, she should've made the speech live, which she didn't do, she taped it. And it was not only taped, it was tape a long time ago, because she had the wrong [coronavirus] deaths.” pic.twitter.com/Ckyj3wtoWq

Not sure how this will play among the “suburban housewives” he needs to bring back into the fold before November, but I’m guessing the response will be chilly at best.

Donald Trump has a big problem with women — particularly suburban women. So tearing into one of the most popular women in the country — indeed, in the world — during an event honoring women’s suffrage seems, well, a bit off-message.

Let’s hope he keeps it up. I won’t be happy until the only women left in his camp are Ivanka, Melania, and Diamond and/or Silk.

“This guy is a natural. Sometimes I laugh so hard I cry.” — Bette Midler on Aldous J. Pennyfarthing, via Twitter. Find out what made dear Bette break up. Dear Fcking Lunatic: 101 Obscenely Rude Letters to Donald Trump and its boffo sequels Dear Prsident A**clown and Dear F*cking Moron by Aldous J. Pennyfarthing are now available for a song! And you can now preorder the final (please, God) book in the series, Goodbye, Asshat: 101 Farewell Letters to Donald Trump. Click those links! 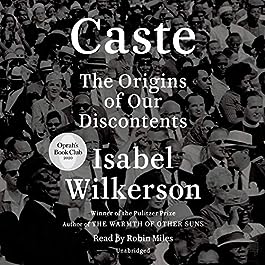