Pulling out of the Open Skies treaty may blind some aspects of monitoring Russian militarization of the Ukrainian conflict, as Trump does more of Putin’s bidding.

The Trump administration is pulling out of the Open Skies Treaty, which allows the United States and our allies and partners in Europe to monitor Russian military deployments. Withdrawal risks dividing the transatlantic alliance. #Russia https://t.co/Zqst365U4J pic.twitter.com/UmbPR7cuRO

Some Ukrainians have been expecting a Russian invasion since independence in 1991. Others have done so only since 2004, when Ukrainians launched the Orange Revolution that kept Putin’s man in Kiev, Viktor Yanukovych, from becoming president. And most have expected Russian interference since 2014, when protests led to the ousting of then-president Yanukovych. Putin responded with an undeclared war that led to Ukraine’s loss of Crimea and eastern Donbas — along with thousands of deaths.

Volodymyr Zelensky, who’s rocketed to fame thanks to the support of Poroshenko’s oligarch rival, Igor Kolomoyskyi, and the television exposure he’s received from playing an average Joe who becomes Ukraine’s reformist president.

…if Putin starts a “quick little war,” all bets are off. Ukrainians would fight fiercely, and the outcome would be uncertain, but the best-case scenario would be a return to a stalemate after thousands have died after a possible Russian occupation and guerrilla warfare by Ukrainian partisans.

Zelenskyy signed the “Steinmeier Formula” and surrendered the Ukrainian army in Donbas.

Here's how an offensive by the Russian armed forces surrounding Ukraine may proceed.

Just so many spooks.

A little known U.S.-based attorney quietly poured six figures into foreign influence operations for President of Ukraine Volodymyr Zelensky, hoping to be rewarded with a job in his administration, foreign agent records identified by OpenSecrets show.

The new Foreign Agent Registration Act records reveal previously unreported meetings with Trump administration officials and details of a six-figure lobbying campaign promoting Zelensky’s interests in the U.S. during the leadup to his election and now-infamous phone call with President Donald Trump.

The attorney, Marcus Cohen, claims his advice focused on “interactions with the U.S. government” in an “effort to offer advice to a potential new administration in the Ukraine” on issues such as “anti-corruption efforts.” Trump used similar language to push back against calls for impeachment after he reportedly pressured Zelensky to investigate his potential 2020 presidential election opponent and former Vice President Joe Biden’s business dealings in Ukraine.

Cohen’s foreign agent registration follows a request by the Justice Department, the FARA records show, as first noted by public relations outlet O’Dwyer’s. He has previously operated under the radar with little paper trail. Cohen previously said he voluntarily helped Zelensky “out of good will” after meeting him in Kyiv during the presidential campaign earlier this year, though Zelensky has vehemently denied any links to Cohen and told RFE/RL he did not recall the meeting.

Meet Gordon Sondland, the U.S. ambassador to European Union now at the center of Ukraine scandal.

Chris Hayes: “He's not a diplomat. He's a Portland hotel developer who supported the president and gave a million dollars to Trump's inaugural committee.” https://t.co/MAFaGh563L

Russia is preparing a military offensive against Ukraine. Substantial Russian armed forces are staged around Homel in Belarus and around Voronezh and Rostov in Russia.

Putin told his asset Trump to cancel Open Skies, depriving the US of intelligence about #RussiaInvadedUkraine

There are very few media outlets in Ukraine that are not owned by corrupt oligarchs and do not toe the line for invader Russia.

Trump mines weak spots in foreign leaders in his efforts to fight battles at home. Romania could be next. https://t.co/fxtge5Tkxo 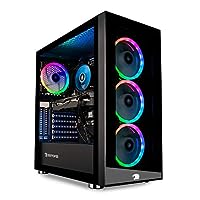