Trump’s town hall was a trainwreck, Thursday’s Biden town hall in Pennsylvania was a lot more like riding a bullet train.

I tweeted live about a couple of false claims Biden made; my colleagues are working diligently on a fuller fact check article; Biden had exponentially fewer inaccuracies than Trump has had at almost every single one of his unscripted events. https://t.co/crQTfBeXgk

Biden makes some false and misleading claims. It's important to note them. We will. But his assertions of fact have been largely factual.

Trump, as we saw at the town hall and see again tonight, has been incessantly and egregiously dishonest.

“The President talks about 'in Joe Biden's America,' says Joe Biden, responding to Pres. Trump's attempt to blame rising crime in some cities on Democrats.

“I have got to remind him, he may really be losing it. He's President. … This is Donald Trump's America.” #BidenTownHall pic.twitter.com/fbIKGznmlB

“He’s up there tonight getting softball questions from Anderson Cooper. They don’t ask me questions like that,” the president told his supporters early on at a Wisconsin rally that overlapped with his opponent’s event in Pennsylvania.

Trump also mocked the unconventional drive-in format of CNN’s town hall, which took place in a parking lot at the PNC Field in Moosic, Pa.

“They’ve got, like, cars, and it’s the weirdest thing I’ve ever seen,” said Trump. “And CNN is going, ‘Oh this is so beautiful.’ It’s not beautiful, they’ve got cars in a parking lot.”

At Biden’s event, there were about 250 voters spaced apart and sitting next to their vehicles as the Democratic presidential candidate spoke.

Trump, who’s running primarily on the “Biden has dementia” platform, forgets where he is during his rally pic.twitter.com/DbR1K9wjap

Oh I'm not discouraged at all, just not doing a live-tweet tonight, so assuring you that you're not missing some brand new explanation of how Trump is being dishonest. https://t.co/XhwhgTqDlb

I spoke to roughly 20 Trump voters in Staten Island today and almost all of them told me Biden was a puppet of either Harris, AOC, Pelosi, or George Soros. The Trump/Fox News echo chamber is effective. https://t.co/afGHXMt2Gq

If Biden handles himself this way during the debates Trump is toast https://t.co/QYov7Et1ao

Thank you John. A few years ago when you were in Chapel Hill signing books during your Thomas Jefferson book tour (after you had ribbed on Alexander Hamilton, in the barn) I told you: We need both Jeffersonians and Hamiltonians. We need both. And we need them to work together.

I wanted to hug her so much.

Your plan will kill millions. pic.twitter.com/69DyeiK5rG 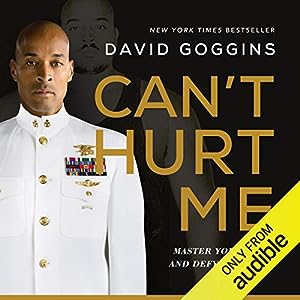