It's Christmas Day. Do you know where your president is? If you've been paying attention for the past four years it would be easy to offer a guess. That's right – – He's at his golf resort in Palm Beach. He isn't with his family. He isn't at church. He isn't working on the coronavirus pandemic or the Nashville bombing or any other matter of importance to the American people.

Trump is doing what he does best: He's nursing his fragile ego and reaching out to sycophantic bootlickers to suck in some undeserved adulation. And, as usual, he's documenting his narcissistic obsessions on Twitter:

Made many calls and had meetings at Trump International in Palm Beach, Florida. Why would politicians not want to give people $2000, rather than only $600? It wasn’t their fault, it was China. Give our people the money!— Donald J. Trump (@realDonaldTrump) December 25, 2020

Notice that Trump doesn't mention who he allegedly called or met with. And no one has come forward to corroborate that they spoke or met with him. In all likelihood Trump called some of his most devoted cult loyalists and begged them to escalate their efforts to spread his ludicrous and delusional claims of having won the election by a landslide. He might have met with his incompetent attorney, Rudy Giuliani, to see if there are any courts left where he hasn't already suffered humiliating losses.

Trump is also pretending to wonder why Congress hasn't approved more relief funds for the beleaguered American people. He must know that Democrats proposed higher sums months ago, and even passed bills to provide it. But they were met with nothing but obstruction from Trump's pal Mitch McConnell and the rest of the Republican caucus. If he doesn't know that it's just more proof that he's mentally deficient and unfit to serve the remainder of his term.

One thing that Trump got right is that the deadly pandemic is not the fault of the people. However, he he's wrong about who really deserves the blame. That's because he can't look into a mirror and see the real culprit. It is his negligence, incompetence, and deliberate malfeasance that landed the country in the turmoil it is in today. And his flaccid, toothless demand that Congress “Give our people the money” is all the more pathetic since he refuses to direct it toward the Republican Scrooges who are withholding it.

Meanwhile, Trump is handing out Christmas pardons to his cronies, confessed crooks, war criminals, and accomplices in crime. And his frantic election fraud babbling is just getting more and more bizarre and removed from reality. So with just 26 more days until Trump is booted out of the White House, the American people are holding on for dear life, hoping he doesn't create even worse calamities before he's out the door. 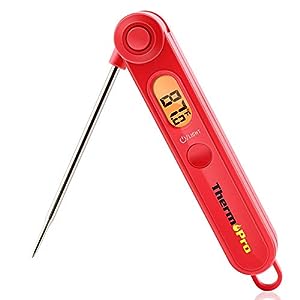