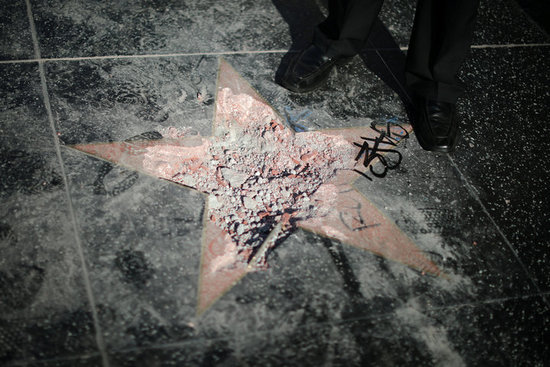 Darn those performances in Zoolander and Home Alone 2. Trump again shrinks in media prominence to Reagan, because failing to get the POTUS* role in the Sharknado franchise is Trump’s actual star moment.

Next week will feature a boffo performance in his impeachment trial deposition reminiscent of the 30 lies in his 2007 lawsuit.  Likely it will be an adverse inference when Trump refuses to testify before Congress, SAG card or not.

“I’m very proud of my work on movies such as Home Alone 2, Zoolander and Wall Street: Money Never Sleeps; and television shows including The Fresh Prince of Bel-Air…”

Donald Trump has preemptively submitted his resignation from SAG-AFTRA as the union moved through a disciplinary process that could have resulted in expelling himhttps://t.co/C7eGNGyu1m

We know one person who won't be doing an “And I'm an actor” intro at the SAG Awards this year https://t.co/V7eejUUuvj

House impeachment managers are calling on former President Donald Trump to testify under oath before or during his Senate trial, which is set to begin next week. https://t.co/bH2hYKvc5d

The lawyer gave Donald Trump a note, written in Trump’s own handwriting. He asked Trump to read it aloud.

Trump may not have realized it yet, but he had walked into a trap.

The mogul had sent the note to a reporter, objecting to a story that said Trump owned a “small minority stake” in a Manhattan real estate project. Trump insisted that the word “small” was incorrect. Trump continued reading: “I wrote, ‘Is 50 percent small?’ ”

“This [note] was intended to indicate that you had a 50 percent stake in the project, correct?” said the lawyer.

For the first of many times that day, Trump was about to be caught saying something that wasn’t true.

It was a mid-December morning in 2007 — the start of an interrogation unlike anything else in the public record of Trump’s life.

Trump had brought it on himself. He had sued a reporter, accusing him of being reckless and dishonest in a book that raised questions about Trump’s net worth. The reporter’s attorneys turned the tables and brought Trump in for a deposition.

For two straight days, they asked Trump question after question that touched on the same theme: Trump’s honesty.

(22378)
$179.00 (as of May 20, 2022 04:15 GMT -04:00 - More infoProduct prices and availability are accurate as of the date/time indicated and are subject to change. Any price and availability information displayed on [relevant Amazon Site(s), as applicable] at the time of purchase will apply to the purchase of this product.)