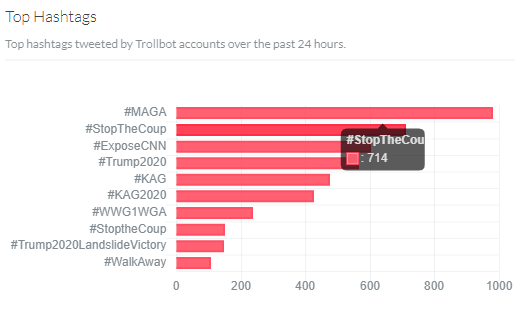 Actually, there is a coup going on, only it's not coming from outside the Trump administration, but as in all horror stories, it's coming from within, led by Trump & his lackeys & henchmen, like Bill Barr, Nick Mulvaney, & Rudy Guiliani, who are shredding the Constitution.Ã¢Â€Â” richard j. brenner (@rjb14) October 19, 2019

You're going to be tried for #CrimesAgainstHumanity in the Hague for facilitating the #EthnicCleansing of our allies, the Kurds. Impeachment is the least of your worries.@statedept @senateGOP @SenatorRomney @WhiteHouse

Russian talking heads:
Ã¢Â€ÂœI look at Trump and think: Ã¢Â€Â˜May God grant him good healthÃ¢Â€Â”and another term.' This is a great situation for Russia…For America, this isnÃ¢Â€Â™t a very good president.Ã¢Â€Â
“It looks like weÃ¢Â€Â™ll have to elect your presidentÃ¢Â€Â”again.Ã¢Â€Â https://t.co/ozbznWGSjQ

DonÃ¢Â€Â™t forget that one of the talking points pushed by RussiaÃ¢Â€Â™s troll farm was that there would be a civil war if Democrats tried to impeach Trump. An interesting coinkydink, right?

(42774)
$0.00 (as of May 15, 2022 17:13 GMT -04:00 - More infoProduct prices and availability are accurate as of the date/time indicated and are subject to change. Any price and availability information displayed on [relevant Amazon Site(s), as applicable] at the time of purchase will apply to the purchase of this product.)