They both start with the letter “E” and they’re both in Africa. That’s close enough, eggheads! What, you expect the actual president of the United States to know the difference? Go jerk off to a world atlas, nerds!

So at his skinhead rally* on Thursday night, Donald Trump took credit for Ethiopian Prime Minister Abiy Ahmed’s 2019 Nobel Peace Prize, saying, “I made a deal, I saved a country, and I just heard that the head of that country is now getting the Nobel Peace Prize for saving the country. I said, ‘What, did I have something do with it?’ Yeah. But that’s the way it is.”

Of course, Trump believes he deserves a Nobel Prize for bringing North Korea’s Kim Jong Un to the table, even though his overtures ultimately accomplished less than nothing. But he brought him to the table nonetheless. Donald Trump couldn’t get most people to sit down with him at an IHOP, so you can see why he thought it was a big deal.

Of course, as usual, he had no idea what he was talking about.

[H]is comments Thursday included a remark that caught the attention of many in Ethiopia, whose prime minister was awarded the Nobel Peace Prize, largely for his work securing a peace deal with neighboring Eritrea after decades of hostilities.

Trump played no apparent role in the Eritrea peace deal, but Washington has played a convening role in another deal Ethio­pian Prime Minister Abiy Ahmed is seeking with Egypt that will regulate how quickly Ethi­o­pia can fill a new dam it has built in the upper reaches of the Nile River that has major implications for the flow of water Egypt relies on economically.

The apparent conflation of the two led to widespread befuddlement on social media in Ethi­o­pia and elsewhere, though by and large the comments were not taken seriously.

Isn’t it fun to be led by a man whose comments are, by default, not taken seriously? Marinate in that one for a few minutes. I’ll wait.

Trump is confused.
PM @AbiyAhmedAli was awarded the @NobelPrize for his efforts to bring peace to the Horn of Africa, not stalled negotiations about a new dam on the Nile.

If they gave the Nobel for deals that didnÃ¢Â€Â™t happen, the Pres. would have a shelf full of them. #Ethiopia https://t.co/WhJ6nLvb6Z— House Foreign Affairs Committee (@HouseForeign) January 10, 2020

Needless to say, I love this bit: “If they gave the Nobel for deals that didn’t happen, the Pres. would have a shelf full of them.”

Oh, and also, Abiy Ahmed is black, so he was obviously born in Kenya. Is he even eligible to be Ethiopia’s prime minister?

Of course, even if you’re inclined to give Trump credit for the Nile River dam thing, how involved could he have possibly been if he doesn’t understand what the deal involved or what countries were parties to it?

Then again, Trump just took credit for a drop in cancer deaths, and that was some risible bullshit too. He’d take credit for the sun rising and setting. But when it eventually goes supernova and swallows up the Earth and everything in it? Yeah, that’s Obama, obviously.

*This is unfair. Skinhead rallies are actually much more coherent and better organized. 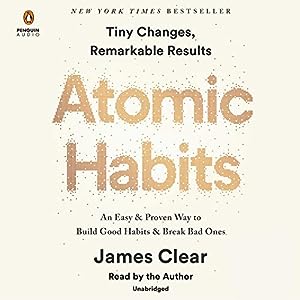