Presidential Assistant Peter Navarro, who appears to be President Trump’s Swiss Army knife—with his myriad of titles, has tried his best this week to re-introduce the phrase “Trump time.”  During last night’s confusing parade to the podium of experts, sycophants, and an admiral; Navarro used the words “Trump time” on three occasions. If enough of our time has not already been taken up by useless Trump jargon like big beautiful…, no one has ever seen…, and the ever-present, “we’ll see what happens,” it appears Mr. Navarro is adding new words for Mr. Trump’s navel-gazing and it appears to be Trump time.

How long will it take before the news media acknowledges that this daily meal of word salad, is insipid, tasteless and leaves the viewers famished for the truth.  Watching two respected doctors, Birx and Fauci, bite their lips searching for ways trying not to expose the President’s self- indulgence is sad. His meandering leaves them, the press corps and the viewers even more confused at the end than the beginning of his daily open mic nights. Vice-President Pence says no one will have to pay for testing or treatment, a minute later the President says he is talking to insurance companies. Mr. Trump says over and over again, “no one could have seen this coming” to only a few minutes later contradict himself and blame governors for not having seen it coming.

There have been a few humorous moments like when Mr. Pence tried for nearly five minutes to answer, or more accurately dodge a reporter query about extending the enrollment period for Obamacare. Pence served up such a  crudité of raw nonsense that even Mr. Trump could not help but offer up a back-handed compliment, “I think that’s one of the greatest answers I’ve ever heard,” said Trump finally. “Because Mike was able to speak for 5 minutes and not even touch your question.”

The media missed a great chance to try and pin down Pence, but in these days of individual glory, the follow-up questions appear to be verboten. Had Dan Rather or long time United Press International White House correspondent the late Helen Thomas been there, you can bet they would have pointed out, in maybe gentler language, that even the President said your answer was b.s., and then asked; would you like another shot at it?

The biggest fear I have is that the excusing and acceptance of Trump’s eighth-grade vocabulary and petty retorts that do not befit the office, confirmed and condoned from people who know better, like Navarro, makes it easier for the next Trump. Navarro is the worst of the worse, approaching Mr. Trump nervously rubbing his hands in anticipation of meeting a king. It has gotten so bad that now time apparently is controlled by Trump. The first time I noticed the Trump time expression was in a Washington Examiner article when he said, “We’re trying to move quickly in Trump time, which in this case should be in a matter of weeks.”

Alternate facts and Trump time are the end results of his self-proclamation of having the best words. Be careful America his death rate prediction may be purposefully overblown to mask his failure when the real numbers hit us hard; We’ll see what happens… 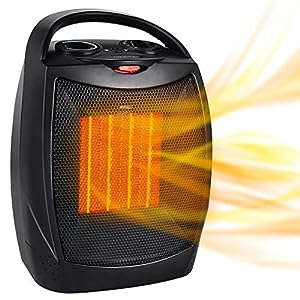