Just how bad do you have to be to lose re-election as the right-wing conservative incumbent in such a red state?

I ask because that’s exactly what is happening right now in Kentucky. The election is less than a month away, and Matt Bevin is ranked the most unpopular governor in the U.S., with an approval rating barely above 30%. According to the latest polling, Democratic Attorney General Andy Beshear is beating out Republican Matt Bevin by nine points. Even a conservative prognosticator has now been forced to project this race as a “Weak Dem Gain.”

As I have mentioned before, the RNC and the Trump Campaign have disastrously merged into one Frankenstein unit, and although the RNC is raking in big money from its donors, Trump plans on using the overwhelming haul mainly for himself. Nonetheless, his close buddy Bevin is flailing, and it would look really bad for Trump to lose this one. So instead of money, Trump told him he is getting something even better: gracing the state with his presence.

The White House is planning an 11th-hour push to stave off an embarrassing defeat for the Republican governor of Kentucky, with President Trump and Vice President Mike Pence expected to make separate trips to the state in the runup to the Nov. 5 election.

A large hate rally with the president ranting against impeachment, brown-skinned people, and the media. Of course, his die-hard fanatics will show up, but they really weren’t in any danger of not voting for a Trump sycophant anyway. The people Bevin really needs are the ones who actually can’t afford to take off for a mid-day rally and have no interest in listening to a meandering human cartoon who will likely spend the majority of the time talking about how great and totally non-treasonous he is.

No sane person wants to listen to a crazy person ramble.  The only thing worse than that would be listening to Mike Pence, whom not even Trump supporters can stomach.

Of course, anything would be better than Don Jr.’s rally for Bevin last August. Here’s how that went down:

Organizers have asked the audience to move out of the seats and closer to the stage ahead of Trump Jr/ Gov. Bevin event in Pikeville.
I think it's fair to say this is sparsely attended. pic.twitter.com/JghTohDROSÃ¢Â€Â” Ryland Barton (@RylandKY) August 29, 2019

The question you might be asking is: “How?” How did things get so bad in Kentucky that the GOP would need to focus on a state that Trump easily won in 2016? 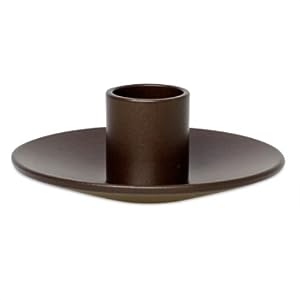