First indoor event since Tulsa, a rally shorter than last night’s in the north,

Not since a rally in Tulsa, which was blamed for a surge of COVID-19 infections, had Trump gathered supporters indoors.

There was no mention from the president that the pandemic had killed nearly 200,000 Americans and was still claiming 1,000 lives a day. https://t.co/hZCAMnU21a

The President gets confused and says Biden won a Nobel prize pic.twitter.com/fyxAJU4Wy7

“…what would you call convening a massive indoor rally amidst a pandemic in violation of state law?”

President Donald Trump is kicking things off here at his indoor rally at Xtreme Manufacturing in Henderson. He's starting the same way he did last night: “51 days from now we're going to win Nevada, and we're going to win four more years in the White House.”

The site in Henderson: very little social distancing, very few masks. But there are forklifts pic.twitter.com/6qK1LwEbl3

He’s deliberately killing people. He is. Why don’t we just say this out loud?

He’s not just intentionally violating state mandates designed to save lives; he’s reveling in it. 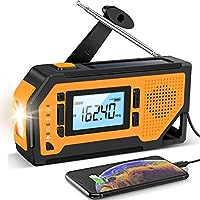