The latest Trumpian trope could be that the second COVID wave is Mexicans!

The latest WH trial balloon is that COVID-19’s second wave is actually coming over the border, because … NAFTA, or something, something. Wait for it to appear in his Tulsa speech.

It’s another round of caravan-scaring, rather than the going to Trump rallies causing a spread.

This time he can cite sending US combat troops to the border as a precedent, having already wasted a billion dollars on the prior deployment.

That southern border wall will sure keep that coronavirus out. Or maybe it’s Mexican antifa! Either way they’re not “his voters”. #EndTrumpsWarOnAmerica

WASHINGTON (AP) Ã¢Â€Â” The White House is floating a theory that travel from Mexico may be contributing to a new wave of coronavirus infections, rather than statesÃ¢Â€Â™ efforts to reopen their economies. https://t.co/zpemRUMUpo— Jonathan Lemire (@JonLemire) June 12, 2020

In addition to Arizona, other states experiencing recent spikes of infections include California, Texas and North Carolina — particularly within the Hispanic community. As a result, the task force is looking at whether those spikes may be tied to legal travel between the U.S. and Mexico, which is experiencing an ongoing severe coronavirus outbreak.

Mexico has had more than 133,000 confirmed COVID-19 cases and nearly 16,000 deaths, according to data from Johns Hopkins University — dramatically fewer than the U.S., which has surpassed 2 million cases and more than 113,000 deaths.

The U.S. and Mexico entered into a joint agreement in March to restrict non-essential travel along the countries’ border to try to contain the spread of the coronavirus, though American citizens and many others are still allowed entry to the U.S., including those conducting commercial traffic and agricultural workers.

Still, cross-border travel is down substantially, and the U.S. State Department continues to urge Americans to avoid all international travel due to the pandemic.

Now that President Trump plans to hold his first rally of the coronavirus era on Juneteenth — in Tulsa, the site of one of the deadliest race massacres in U.S. history — it’s instructive to recall Trump’s thinking amid another, more recent episode of deadly white racial violence.

After Trump uttered his “many fine people” comment in the aftermath of white-supremacist violence and murder in Charlottesville, his advisers persuaded him to offer more conciliatory remarks. But after doing so, Trump privately raged that this course change made him look “weak.”

You can chalk that up to Trump’s long-held dictum — never apologize for anything. Or you can chalk it up to Trump’s other long-held M.O. — stoking race war is good for Trump, and conciliation does nothing for him. Indeed, at the time, adviser Stephen K. Bannon counseled that post-Charlottesville racial strife was good politics for him.

Trump’s planned rally at such a site on the day commemorating the end of slavery may or may not constitute deliberate provocation. But he’s sticking with it, despite scalding criticism from nonwhite lawmakers. As the New York Times delicately notes, it’s the brainchild of advisers who tend to “reinforce” Trump’s “instincts.”

“These aren’t my voters”

Ã¢Â€ÂœThese arenÃ¢Â€Â™t my voters,Ã¢Â€Â President Trump has said to aides during discussions about how to respond to Americans protesting in cities across the country for nearly three weeks. w/ @ckubeNBC @albamonica @kwelkernbc @PeterAlexander https://t.co/l60OwzVoRY— Carol Lee (@carolelee) June 12, 2020

Some of those who spoke to NBC News about their confidential discussions with the president say they think Trump should be leading on changes in policing and race that even members of his own party are embracing, rather than undermining them. Others say the president is not fighting back hard enough and is instead allowing protesters to drive his agenda.

“It looks like he’s bewildered right now,” one political adviser said of the president. “We’re losing the culture war because we won’t engage directly, because we’re so scared to be called racist.”

In one tense meeting about how to respond to the unrest on the day of his now-infamous photo-op in front of St. John’s Episcopal Church in Washington, D.C., which had been damaged the night before, Trump lamented that none of the protesters had voted for him, according to one person present for the meeting.

After another meeting where the president remarked that “these aren’t my voters,” some of his aides expressed concern about how “out of touch” he seemed to be on race relations, according to a person familiar with the comments.

But some of Trump’s allies agree with his view, conveying to him that “there is no one protesting right now who is voting for him,” one of them said.

Rovian “math” is now operative in the Trump campaign

If you want to help protect the November election against fraud, a great place to start is https://t.co/qLabTTeeW3. Please check them out. Thanks!— Jennifer Cohn Ã¢ÂœÂÃ°ÂŸÂÂ» (@jennycohn1) June 12, 2020

We need a president who chooses hope over fear. #EndTrumpsWarOnAmericapic.twitter.com/HwVyt8v2SN

As Donald Trump heads to West Point, let's remember how little respect he has for army officers honorably serving our country. Lt. Col. Vindman told the truth when subpoenaed by Congress. President Trump smeared him and fired him. Our military deserves better than this president. pic.twitter.com/XidZmg7xUv

Trump's campaign calendar is filling up with all kinds of strange coincidences. pic.twitter.com/tVDWzgwyBP

This new Joe Biden ad is worth a watch and retweet pic.twitter.com/vfQS8zcTvD 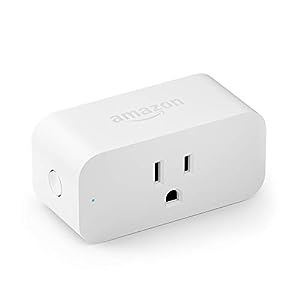