I know I am picking at a fresh wound here, but NPR had an interview with a soybean farmer — Josh Gackle – in North Dakota who sits on the American Soybean Association’s board of directors about the effect of Trump’s tariffs on soybeans.  You could tell that Gackle didn’t want to directly say anything bad about Trump.  But this little gem stuck out to me:

KELLY: If I’m hearing you right, so far this U.S. trade dispute with China has been bad for your business?

GACKLE: Yeah, it certainly hasn’t helped. I mean, like, for North Dakota soybeans – and we’re were a little bit more unique than other parts of the country – year over year comparison, we’re approximately 80 percent below what we typically would have shipped to China at this time last year. So it – not being able to get your product or sell your product to who has historically been your number-one customer, it makes things very difficult.

If I heard and read that correctly, the little trade war that Trump started with China has cut North Dakota soybean exports by 80%.  Granted, soybeans are not the only crops grown in North Dakota.  In fact, correct me if I wrong, but wheat is the largest cash crop for North Dakota.  However, I hear that Trump’s steel tariffs are not helping the farm equipment industry either.

But North Dakotans turned out Democratic Senator Heidi Heitkamp for Republican Kevin Cramer in a landslide election (11% points).  From what I have read, Cramer was all for that paltry farmer bailout of $12 billion dollars, so maybe that took the edge of some of the economic pain in ND?

But this reminded me of my fellow Kentuckians who cling to Trump like a piece of flotsam.  The Trump tariffs have hit farmers here as well, and we are also “coal country.”  And as Daily Kos readers know, coal is a dying industry.  If the U.S. goes into a recession, it will probably start in redstates like ND and KY.  It just brings it all home how some people will reject reality, especially if it hurts.

Will the Trump tariffs hurt the economy?

Thank you for the vote!
Yes0
No0 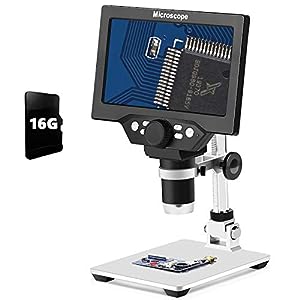