There are numerous reasons why Donald Trump just lost the presidential election. They range from his abhorrent personality to his dangerous incompetence to his pathetic ignorance to his flaming bigotry to … aw hell, there's too much to keep listing. But among the many reasons, we cannot forget how horribly he mismanaged the coronavirus pandemic that has killed nearly a quarter of a million Americans and counting.

For the most part, Trump spent much of the campaign season pretending that COVID-19 didn't exist, or was already under control. This week he even took credit for a vaccine that he had absolutely nothing to do with, saying that “the Trump Administration has produced a great and safe VACCINE.” The vaccine was actually developed by Pfizer without any aid from Trump or his phony “Operation Warpspeed” initiative. The American people, however, knew that Trump was dealing in deadly lies. Nevertheless, Trump remained steadfast in his virus denialism. At one point he tweeted…

Covid, Covid, Covid is the unified chant of the Fake News Lamestream Media. They will talk about nothing else until November 4th., when the Election will be (hopefully!) over. Then the talk will be how low the death rate is, plenty of hospital rooms, & many tests of young people.— Donald J. Trump (@realDonaldTrump) October 28, 2020

Trump repeatedly implied that the virus was a politically motivated hoax and that all discussion of it would disappear after the election. Sadly, the reality is that COVID-19 has only accelerated its infections, hospitalizations, and fatalities. No one is talking about low death rates or plentiful hospital rooms. Not even Trump. But he is talking about Congress producing a coronavirus relief bill.

What Trump is neglecting to mention is that the House of Representatives passed a bill months ago that Republican Senate leader, Mitch McConnell, has blocked from getting a vote. And ever since then McConnell has refused to negotiate with Democrats. That is also the position of Trump who actually “instructed my representatives to stop negotiating” way back on October 6th. He left open the possibility of restarting negotiations after the election, but only if he won.

Well, Trump lost (although he's still in a state of denial about it). And on Saturday he tweeted that “Congress must now do a Covid Relief Bill. Needs Democrats support. Make it big and focused. Get it done!” Of course, there is already a bill that has Democrats support. It's the Republicans who are balking. And when Republicans deign to speak of it, they insist on a small bill that fails to address the massive needs of people, business, and local governments.

The bottom line is that Trump was wrong when said that no one would be talking about the pandemic; he was wrong when lying about a vaccine; he was wrong when he claimed we had “turned the corner”; and he was wrong in attempting to push for relief while implying that Democrats – not himself and the GOP – were stalling. He was just plain wrong about everything, as usual. And his reliable wrongness is going to result in more illness and death until he is finally out of office. At least there is now a light at the end of that dark tunnel. 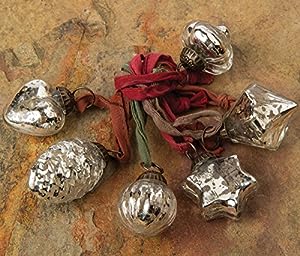