Perhaps Trump will defend himself rather than have the Federalist Society fire up the bullpen for some strange version of a constitutional law expert.

Apparently Trump, knowing he’ll likely prevail in terms of a supermajority vote by the Senate’s GOP jurors, wants to gain maximum exposure for his claim of election fraud. His lawyers so far have wanted to argue the technicality of post-presidency exposure rather than try to make absurd claims about election fraud. There will still be no shortage of lawyers. OTOH, we may get to that self-representing “fool-for-a-lawyer” moment, because Trump always says he’s smarter than his lawyers, and he’d never pass up an opportunity to grandstand.

A person familiar with the departures told CNN that Trump wanted the attorneys to argue there was mass election fraud and that the election was stolen from him rather than focus on the legality of convicting a president after he's left office. Trump was not receptive to the discussions about how they should proceed in that regard.

It’s not just that Trump insisting that the trial be about his long-since-debunked election fraud claims is essentially a claim that the insurrection was *justified*; it’s that it’s perhaps the only remaining way that enough Senate Republicans could be shamed into convicting him. https://t.co/Sw9sW23xX9— Steve Vladeck (@steve_vladeck) January 31, 2021

BREAKING: Former President Trump has parted ways with his lead impeachment lawyers a little over a week before his trial, two people familiar with the situation said Saturday. The change injects fresh uncertainty into Trump's defense team. https://t.co/8UhTZlTRg9

Trump has struggled to find attorneys willing to defend him after becoming the first president in history to be impeached twice. He is set to stand trial the week of Feb. 8 on a charge that he incited his supporters to storm Congress before President Joe Biden’s inauguration in an attempt to halt the peaceful transition of power.

Trump always has the option of representing himself. That would go well. https://t.co/66p5RP25pb— Renato Mariotti (@renato_mariotti) January 31, 2021

Trump may defend himself at impeachment trial — to save him money on lawyers: report https://t.co/BTyA3c4Kpl

It's going to be days of nonsense and lies about voter fraud. The trial will be a circus like everything Trump.

But the House Managers need to present their case. The country needs to hear the evidence. 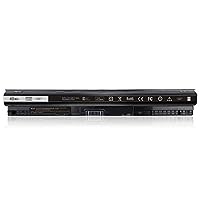