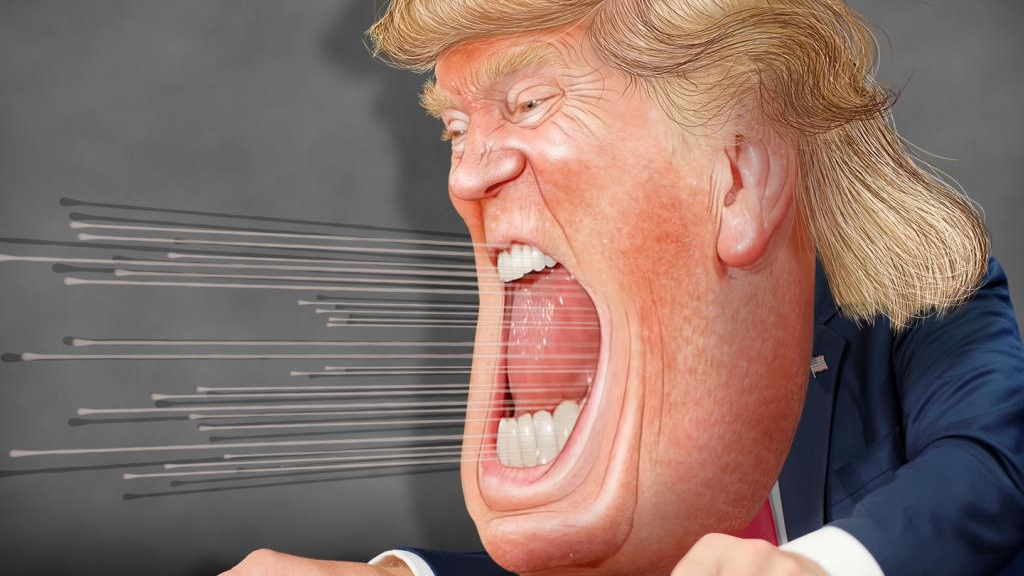 It's inevitable that if you let Donald Trump talk long enough, he will eventually incriminate himself. And at his cult rally in Ohio on Saturday he confessed to the despicable crime of cutting off military aid to Ukraine, an imperiled ally, despite having knowledge of the deadly circumstances that would result.

To make matters worse, the abhorrent cretin is actually proud of it as he spun the tale to his cult followers who likewise lapped it up. Trump babbled pridefully that…

“Those people that are dead that you see laying all over the streets – all of that is so senseless, It would have never happened. I know Putin very well. There is zero chance that this would have happened. And I talked about it with him. I knew he wanted it. But he knew he couldn't do it. And by the way, he didn't do it for four years. There's a reason for that.”

This is s profoundly revealing passage from Trump's tedious and mostly repetitious speech. Let's take a moment to break it down.

First of all, Trump makes a callous reference to the victims of Putin's genocidal assault without the tiniest bit of sympathy. To him it is merely something that doesn't make sense, rather than a horrific and deliberate massacre. And he still refrains from condemning Putin in even the slightest measure.

RELATED: Trump's 'Solution' to the War in Ukraine is to Appease Russia and Quash Any Criticism of Putin

Next, Trump repeats his baseless claim that “it would have never happened” if he were still president. Of course, there is no way for him to know that. We do know, however, that he did nothing for four years about Russia's annexation of Crimea. Well, nothing except try to remove the sanctions that were imposed by President Obama and try to get Russia readmitted to the G7.

Next, while bragging that he “know[s] Putin very well,” Trump reveals that he talked to Putin about invading Ukraine and he “knew [Putin} wanted it.” So Trump is admitting that he knew that Putin was contemplating an invasion. And at the same time, Trump was withholding military aid from Ukraine in an extortion attempt to force President Zelenskyy into fabricating dirt on then-candidate Joe Biden. For his political self-interest Trump betrayed a democratic ally knowing full well of Putin's intentions. That's what Trump was impeached for, the first time.

RELATED: In Flaming Fox News Fiasco Trump Proves He Has No Friggin’ Idea What To Do About Ukraine

Finally, with regard to invading Ukraine, Trump boasts that Putin “didn't do for four years” of his administration, and that  “There's a reason for that.” Indeed there is. The reason is that Putin didn't need to invade Ukraine during Trump's occupation of the White House. Putin's goal was to prohibit Ukraine from joining NATO and to weaken the Western alliance. But Trump was doing that for him. Trump was Putin's representative in Washington, and it would have been counterproductive, from Putin's perspective, to mess that up. It was only after Trump was sent packing that Putin deemed it necessary to go through with the invasion.

There is abundant evidence of Trump's criminal treachery, even without his admissions. Hopefully Congress and the Department of Justice are paying attention and quietly putting together a case for indicting and prosecuting him. Time will tell.