Yesterday, The Washington Post published another story recounting how the federal government’s official COVID-19 response has slowly devolved into a drunken mosh pit at a Tijuana donkey show, and among the jaw-dropping excerpts was this little number:

It was the day the administration was adding Ireland and the United Kingdom to its travel restrictions, and Trump wanted to understand why talk of “herd immunity” — allowing the coronavirus to sweep a nation largely unchecked, with the belief that those who survived would then be immune — was such a bad idea.

“Why don’t we let this wash over the country?” Trump asked, according to two people familiar with his comments, a question other administration officials say he has raised repeatedly in the Oval Office.

Fauci initially seemed confused by the term “wash over” but became alarmed once he understood what Trump was asking.

The president said he understood but since then has repeatedly made clear he wants to reopen things soon — although significant roadblocks remain.

So the only thing keeping us out of full-on apocalypse mode is a guy who could be just one more face-palm away from getting shit-canned by the ocher abomination.

For the moment it seems like we’ve escaped the full depredations of Donald Trump’s Wiffle Ball brain, but you can see he’s just itching to pull the trigger on Operation Cull the Herd. Luckily, (most of) our governors have more sense than this dipshit. That said, when you open your stimulus check, be sure to check inside the envelope for a tiny coronavirus-infested blanket. I wouldn’t put anything past this guy. 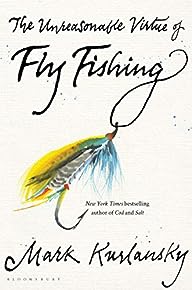