We are still carrying the raw wound of the brazen Saudi dismembering of Jamal Khashoggi, the Washington Post correspondent — and lawful permanent resident of the United States — who was lured to the Saudi consulate in Istanbul and there cut up with a bone saw for being too persistent a critic of Saudi Arabia’s de facto ruler, Mohammad Bin Sultan. Because Trump likes the Saudis (MBS and Trump son-in-law are BFFs), and the Saudis have put a lot of energy into buttering Trump up (sorry for that image), they are literally getting away with murder.

Now we learn that Trump’s “favorite dictator” Abdel al-Sissi of Egypt, has discovered Trump will let him get away with silencing his own critics, and he doesn’t even have to kill them to do it.

Reem Desouky, an American from Pennsylvania, was unfairly jailed in an Egyptian prison. Mohamed Soltan, an activist in Northern Virginia who helped get her released in May, was himself once a prisoner in Egypt's jails.
But while both are now free and on American soil, the Egyptian government has continued to menace them, pressuring them to remain silent by harassing and threatening their relatives living in Egypt, say victims and human rights groups.

Meanwhile, the administration isn’t saying anything:

The Trump administration has said little in public about human rights abuses in Egypt, even as U.S. officials have applied pressure to release some jailed Americans. The silence, critics say, has convinced Sissi’s government it could widen its repression without serious consequences.

There is a word in German, Sippenhaft, which means that the whole family can bear the responsibility if one of its members has committed a crime. The Nazis used the concept to great effect, arresting or threatening to arrest relatives of someone who was out of their direct reach, in order to silence them or otherwise coerce them into doing their will. That’s what Al-Sissi is doing now.

In my brief career with the Foreign Service (before I had to retire), I came to understand that there are often times when negotiations have to be kept quiet in order to succeed. But there are also times when it’s important to scream bloody murder, and this is one of them. The Egyptian government sees Trump’s silence not just on this, but on other matters like Khashoggi and the Russian bounties on US troops, coupled with Trump’s tongue bath of its dictator, as license to get away with holding Egyptian relatives hostage and prevent Americans from exercising their rights.

A WaPo editorial on this topic nails it: The Sissi regime is employing hostage-taking to interfere in U.S. justice

The Sissi regime no doubt believes it can afford to indulge in this vile intimidation because of President Trump’s admiration for its leader, whom he has called “my favorite dictator.”

Egypt knows how to project the appearance of yielding to American interest, as the editorial acknowledges:

In what looked like an attempt to appease the president, this week Cairo released Mohamed Amashah, another U.S. citizen it had been unjustly holding on political charges. As Mr. Sissi knows, Mr. Trump loves to boast of freeing Americans from foreign prisons.

Foreign relatives of Americans, however, well, that’s a different story, even though — especially though — the effect is about the same. The American’s body is free and in the US, but his tongue is still locked up in an Egyptian jail.

Now, Trump has never shown he cares a used hamburger (or “hamberder”) wrapping’s worth about human rights here or anywhere else. His silence is telling Al-Sissi, as well as every other dictator he’s friendly with, they can intimidate their critics even in the US simply with a bit of Sippenhaft.

I should add that while sometimes it works —

Desouky is afraid of being too outspoken. She declined to answer whether she endured any torture or other abuses in prison. Her family in Egypt has pleaded with her to keep a low profile. She hasn’t posted anything on Facebook or other social media about her brother’s plight — or anything critical of the Egyptian government. “My family is scared,” she said.

Soltan has been outspoken about his relatives’ plight. Congressional lawmakers in a letter last week declared that Sissi is waging an attack on the U.S. judicial system by jailing Soltan’s relatives and seeking to derail his lawsuit. They called on Egypt to release his relatives.
Meanwhile, Soltan has continued his efforts to liberate more American prisoners in Egypt. . . .

Soltan, for his part, says he will not be blackmailed into dropping his lawsuit.

Pompeo said yesterday that he has urged Egypt “to stop unwarranted harassment of U.S. citizens and their families who remain there.”  But in the meantime, military aid continues to flow to Egypt without even a hint that we might tie it to their behavior (unlike, say, Ukraine). Al-Sissi, like other members of the dictators club that Trump desperately want to be a member of, knows the Trump administration doesn’t mean anything by it. After all, Trump says Al-Sissi is a “great leader.”

After all, Trump didn’t say boo when MBS sliced and diced an American legal permanent resident who annoyed him.

And he still doesn’t think the world is laughing at us (or crying for us). 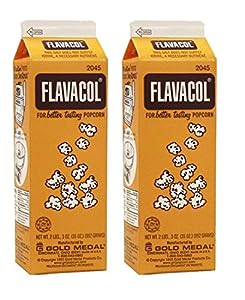