By Aldous Pennyfarthing on August 8, 2020

At yesterday’s coronavirus presser/super-spreader event in Bedminster, New Jersey, Donald Trump sarcastically referred to the WASPy weirdos in attendance as “peaceful protesters.” It was his way of excusing their flouting of social distancing and mask-wearing guidelines. Because he’s just that big of a prick.

At the news conference held at Trump’s private golf club in Bedminster, which Trump announced late Friday, a reporter noted that Americans continue to die of COVID-19 nationwide, and yet, “in this room, you have dozens of people, you’re not following the guidelines of New Jersey.” New Jersey’s latest order limits indoor gatherings to 25 people in an effort to curb the spread of the virus. More than 40 people can be counted in photos from the news conference.
As the guests booed the reporter, Trump responded: “This is a political activity. You’re wrong on that. They have exceptions, political activity. And it’s also a peaceful protest.”
Under the state’s order, there are exceptions for funerals, religious services and political activity, which can have up to 100 people. Yet Trump had announced this as a news conference, not a campaign rally.
“And to me, they look like they all have — pretty much all have — masks on,” Trump added.

Oh, they pretty much all have masks on? Well, that changes everyth …

Trump is about to walk into the room…

So what rights are they fighting for exactly? The right to deduct happy-ending massages as business expenses?

Also, how is an official White House press conference considered “political activity”? Did Trump just admit something he shouldn’t have? I’m certain Susan Collins is concerned.

Of course, if I were watching a speech by Agolf Spitler, I’d be certain to wear a mask. He’s basically a broken sprinkler head hooked up to a Diet Coke and burger-grease spigot. If he has COVID, you’re getting it, too.

It’s still hard to believe that a guy who could likely save tens of thousands of lives just by modeling mask-wearing still refuses to do it. It’s almost as if he doesn’t care about the lives or welfare of anyone but himself.

Nah, that can’t be. That would be crazy. 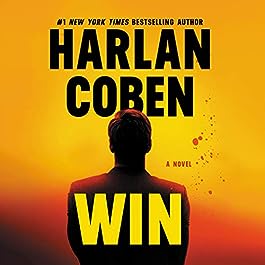