As the first excerpts from Woodward book begin to drop, the White House press briefing, scheduled for 12, was moved to 12:15 then 12:30.

“I wanted to always play it down.”

Woodward’s book releases taped interview with @realDonaldTrump from Feb 7 proving our Liar-in-Chief new of how deadly the virus is, all the while he was down playing it pic.twitter.com/ikxiOBv1O8

President Trump’s head popped up during his top-secret intelligence briefing in the Oval Office on Jan. 28 when the discussion turned to the novel coronavirus outbreak in China.

“This will be the biggest national security threat you face in your presidency,” national security adviser Robert O’Brien told Trump, according to a new book by Washington Post associate editor Bob Woodward. “This is going to be the roughest thing you face.”

Matthew Pottinger, the deputy national security adviser, agreed. He told the president that after reaching contacts in China, it was evident that the world faced a health emergency on par with the flu pandemic of 1918, which killed an estimated 50 million people worldwide.

Ten days later, Trump called Woodward and revealed that he thought the situation was far more dire than what he had been saying publicly.

At that time, Trump was telling the nation that the virus was no worse than a seasonal flu, predicting it would soon disappear, and insisting that the U.S. government had it totally under control. It would be several weeks before he would publicly acknowledge that the virus was no ordinary flu and that it could be transmitted through the air.

The recording is from one of 18 on-the-record interviews between Trump and Woodward between December 2019 and July 2020 for Woodward’s new book, “Rage.” https://t.co/7Xr6dnmX8Z

Trump admitted to Woodward on March 19, 2020 (on tape) that he deliberately minimized the danger of Covid: “‘I wanted to always play it down,’ the president said.” He seems oblivious to the fact that he was confessing to reckless homicide, killing tens of thousands of Americans.

If Kayleigh McEnany spins and faster her head is going to spin off #TrumpKnew pic.twitter.com/4UIMYLhqW5 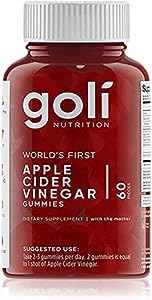