Am I reading too much into this?

Here’s Trump’s quote from earlier today. It doesn’t quite capture the vitriol, so feel free to watch the clip for yourself. But take your Dramamine first. (Second tweet)

“… both houses where we had Congress, where we had the Senate, and we had wonderful congressmen. We had the House of Representatives and the Senate, but we didn’t have enough votes because it was very close. We needed 60 votes, and we had 51 votes. But sometimes, you know, we had a little hard time with a couple of them, right? Fortunately, they’re gone now. They’ve gone on to greener pastures. Or, perhaps, far less green pastures, but they’re gone. They’re gone, Bill! Very happy they’re gone. And we have great senators.”

Trump's audience is stunned as he says this, alluding to McCain: “We needed 60 votes & we had 51, & sometimes we had a hard time with a couple. Fortunately they're gone now. They've gone on to greener pastures. Or perhaps far less green, but they're gone. Very happy they're goneÃ¢Â€Â pic.twitter.com/KK698FkAeZ

So Trump was speaking to the Faith & Freedom Coalition and he thought the occasion offered a great opportunity to once again slam the late John McCain for voting against Obamacare repeal. And, of course, to imply that McCain went to hell for voting to protect Americans with preexisting conditions. Because in Donald Trump’s mind, crossing him is a far greater sin than allowing poor people to keep their insurance.

And did you hear the gasp from the audience?

That’s something, anyway. Not that this will seriously shock their consciences, of course. But it’s something. 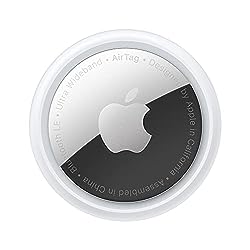 (44660)
$29.00 (as of May 21, 2022 03:39 GMT -04:00 - More infoProduct prices and availability are accurate as of the date/time indicated and are subject to change. Any price and availability information displayed on [relevant Amazon Site(s), as applicable] at the time of purchase will apply to the purchase of this product.)