Trump Junior endorses Al-Qaeda because Dad's polling 'like a dog'

With his dad polling behind in a bunch of states, the spawn does drift far from the roe.

thanks to fox news for getting “Usama bin Laden” to trend. the president who gave the order to kill him has endorsed joe biden. pic.twitter.com/0XyyD0b8Tg— Oliver Willis (@owillis) April 23, 2020

If bin Laden showed up on 9/12 with a sack of cash and an offer to build a golf course in Afghanistan, your mercenary daddy would drop to his knees and kiss his ass. Ã°ÂŸÂ˜Â‚Ã°ÂŸÂ˜Â‚Ã°ÂŸÂ˜Â‚ https://t.co/38dALKhDmJ

Before his death, Osama bin Laden wanted to kill President Obama in part because he thought Vice President Joe Biden was “unprepared” to serve as president, according to newly declassified documents first reviewed by the Washington Post.

The al Qaeda leader explained the rationale for targeting aircraft carrying Mr. Obama and General David Petraeus in documents taken from bin Laden's Pakistani compound the night he was killed by U.S. forces in May, 2011. The Washington Post on Friday reported on details from the documents, which will soon be made public.

Bin Laden also reportedly argued in favor of changing his organization's name. The al Qaeda brand, he explained, was tarnished since Obama administration officials “have largely stopped using the phrase 'the war on terror' in the context of not wanting to provoke Muslims,” and instead spoke of targeting al Qaeda.

This is an obscure 8 year old story posted during the middle of an international pandemic that has shut down the country. ItÃ¢Â€Â™s not even news, itÃ¢Â€Â™s an oddity. https://t.co/fqyP2Xlsxv

They wanna talk bin Laden? Ivanka and Donald TrumpÃ¢Â€Â™s Dubai business partner works with the bin Laden family. Same guy also is business partners with Putin. HereÃ¢Â€Â™s video I found of the TrumpÃ¢Â€Â™s doing business with him in the Middle East, letÃ¢Â€Â™s make it viral:pic.twitter.com/BtJc3h4yrL

The Daily Wire is an American right-wing, conservative news and opinion website founded in 2015 by political commentator Ben Shapiro. 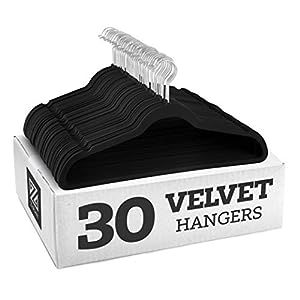