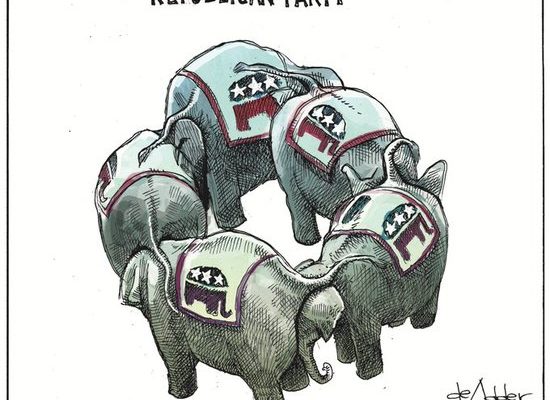 Trump communicated to the House — “If you are going to impeach me, impeach me fast, so we can have a fair trial in the Senate,” with the goal of getting acquitted by the time of the Super Bowl and/or the SOTU, because audience and ratings. This is all that counts for Trump.

In the Q & A, the WH tries to subjugate the Congress by a facile, ahistorical argument regarding parliamentary power. Ultimately it is still about unitary power and validating the use of foreign influence to abuse power. Adam Schiff questions whether reframing corruption as “policy” (or not a crime) makes it unimpeachable. So many ways to rationalize the solicitation of (a thing of) value for an official act as a matter of personal gain and as a violation of public trust.

Even as not having witnesses and documents affirms the Cover-Up resulting from a rigged trial by a GOP senate flouting the rule of law. Cowardly despotism moves forward.

Wow. Question from Romney: Ã¢Â€ÂœOn what specific date did Trump first order the hold on aid to Ukraine, and did he give a reason at that time?Ã¢Â€Â

Philbin: Ã¢Â€ÂœI donÃ¢Â€Â™t think that there is evidence in the record of a specific date…Ã¢Â€Â

The Trump defense would make a lot more logical sense if Trump's request of Zelensky was to investigate Hunter Biden rather than Joe.

Pres. TrumpÃ¢Â€Â™s counsel just told the Senate that the Articles charge abuse of power but Ã¢Â€Âœdo not mention bribery.Ã¢Â€Â If one reads past the heading, itÃ¢Â€Â™s clear that Article I alleges all the elements of bribery: pic.twitter.com/5PDsv2BlWX

PhilbinÃ¢Â€Â™s argument is so absurd. He said, in essence, if the executive branch must comply with House subpoenas, it will no defenses left. The president will be wholly dependent on the legislature and removable at will.

That argument *assumes* the documents will be incriminating!

Philbin's claim it's cool to accept dirt from Russian intelligence agencies is shifting this discussion in interesting ways.

Now Schiff is calling out the absurdity of this.

Schiff is pointing out the horror of Trump's lawyer actually saying that it's okay to criminally conspire with another country to get help with the presidential election as long as the president it will help his campaign. https://t.co/KJcQPBL7pr

White House Claim: Ã¢Â€ÂœThe House managers say it is a blanket defiance… that we will not give you anything… that was not the President's response.Ã¢Â€Â

Trump in April: “We're fighting all the subpoenas.Ã¢Â€Â #TruthMatters pic.twitter.com/0pliYQJS1I

Dear @TheJusticeDept: Today I am announcing I am going to violate federal law and solicit a foreign government to help my re-election campaign, because itÃ¢Â€Â™s in the public interest.

By writing Ã¢Â€ÂœChiefsÃ¢Â€Â President Trump is able to insure that his tweet reaches the Super Bowl audience. Brilliant. https://t.co/tmmCqZkA0C