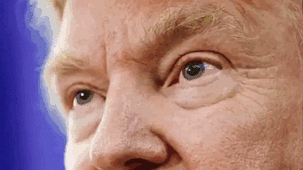 As irrational as ever, Trump chose to assassinate another high-value target without thinking about strategic consequences. It could get worse.

Trump chose to claim that the US was withdrawing militarily from the Middle East while sending more troops. Much like his other military decision-making Trump concerns himself with “style” rather than substance.

No one in Congress, not even the “gang of eight” was consulted.

Congress must demand answers for an operation that now places Americans everywhere in greater danger.

To be clear: not saying this is wag the dog — its not news that US Iran policy was unsustainable.

I’ll never forget the experience of the 2003 Iraq war, how media outlets became unquestioning beaters of the war drum. Seems to be happening again. https://t.co/K2oCBCCxEP

Two things can be true:

2. Assassinating him is reckless and potentially going to be the cause of a massive escalation to an avoidable war.

I don't understand why you are acting like both of these things can't be true.

Given how poorly Trump has treated American military & intel leaders, how frequently he’s ignored them or abused them insisting he knows better, does anyone believe his escalation toward military conflict with Iran benefits from adequate input & significant strategic judgement?

"If Trump is defeated, Riyadh should be prepared for a shift. A new administration likely would end US support of the war in Yemen & re-engage Iran. It’s not surprising we’re seeing nascent moves by the Saudis toward potential dialogue with Tehran.” https://t.co/0xnJmHen88

In sum: Iran isn’t such a terrible threat, US policymaking is misguided and broken, sanctions are now an on-ramp to war (not a way to avoid it), and the US could stumble into something for which it’s not prepared https://t.co/LkHfKM5ohm

At tomorrow's Evangelicals-for-Trump rally, Trump will make a very big deal of this. He will emphasize that he kept his promise to move the embassy to Jerusalem. He WILL cast the events of tonight in biblical terms, their longed-for hope to set up events for Christ's return.

(28)
$19.99 $9.99 (as of May 18, 2022 23:01 GMT -04:00 - More infoProduct prices and availability are accurate as of the date/time indicated and are subject to change. Any price and availability information displayed on [relevant Amazon Site(s), as applicable] at the time of purchase will apply to the purchase of this product.)