Trump has released this statement to CNN: “Mayor Giuliani is not currently representing President Trump in any legal matters.” Is this because of today’s lawsuit charging that in concert with the Proud Boys and Oath Keepers, they were conspiring to incite a violent riot at the U.S. Capitol on January 6th, with the goal of preventing Congress from certifying the 2020 election. It is important to remember that the 1871 Act only prevented the return of the Klan until 1915.

Breaking News: The NAACP filed a lawsuit against Donald Trump and his personal lawyer Rudy Giuliani, claiming that they violated a 19th-century statute, the Ku Klux Klan Act, when they tried to prevent the certification of the election on Jan. 6. https://t.co/BSvpUNSa8L

“prohibits violence or intimidation meant to prevent Congress or other federal officials from carrying out their constitutional duties.” Under the 1871 Ku Klux Klan Act, Members of Congress, staff members, Capitol police officers, & others can sue for emotional or mental distress or any other injury caused on January 6th.

Trump is already facing a separate lawsuit alleging a violation of the Ku Klux Klan Act over his postelection activities, filed by the NAACP LDF on behalf of Black voters across the country (co-defendant in that case is the RNC) https://t.co/7DZgwPiXiW

The Trump admin senior DOJ officials repeatedly sought to block federal prosecutors in Manhattan from taking a crucial step in their investigation into Rudolph W. Giuliani.https://t.co/LdEq4eAtTV

In case you missed it: Roger Stone was more closely connected to the January 6 Capitol attack than previously known. The New York Times reported Sunday that six men who acted as security guards for Stone participated in the riot and entered the Capitol. https://t.co/G1aimjYDZL

JUST IN: After Rudy Giuliani was served with the $1.3 billion Dominion lawsuit, he no longer works for Donald Trump. 🤔 pic.twitter.com/BWd6ECXdFx 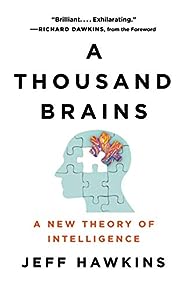