It was a horrible week of child suffering. We saw children’s parents being taken from them instantly with no thought given to the little ones left behind. We saw multiple mass shootings that didn’t spare children or babies. Our country is broken, and there are a lot of issues that need our immediate focus.

Certainly, there’s not a sane person in this nation that thinks our primary focus right now should be to make facilitating hate speech online easier.

[Trump’s] draft order, a summary of which was obtained by CNN, calls for the FCC to develop new regulations clarifying how and when the law protects social media websites when they decide to remove or suppress content on their platforms.

The order will apply to the the private social media companies whose accounts have “one-eighth of the U.S. population” (Facebook, Twitter, Instagram, etc.)  Essentially, Trump is trying to direct what content should appear on their platforms.

I lost count of how many check boxes we have for transformation into a dictatorship, but you can mark another one off.

When the announcement was made last week of the pending order, a White House official tried to justify it by saying “most of Twitter is liberal cesspools of venom”.  Nothing was mentioned, of course, of Trump tweeting anti-Semitic Nazi memes, or amplifying vile racists and Nazis on Twitter, even when someone has the handle “WhiteGenocideTM”. These are the people Trump wants to protect. Nazi “cesspools of venom” are just fine.

Although a president can’t rewrite a law—at least not yet—a president can write an order to interpret a law.  The purpose is ostensibly to protect conservative voices on these platforms, but the draft order as written is downright scary.  It calls for the FCC to take Trump’s new policy into account when it investigates or files lawsuits against “misbehaving companies”.

Trump also wants to force social media companies like Twitter to stop “shadow banning” his favorite white supremacists.  Last year, Twitter finally caved to public pressure and started removing harassing tweets from their search results.  It’s important to note that Twitter didn’t actually remove the racist content—it just made it a little harder to find in their search box.  Naturally, this is interpreted by Trump and other white supremacists as “censorship”.

Furthermore, the FTC is apparently going to be roped into this as well. The draft order requires them to work with the FCC on how the big social media companies should moderate content.  In it’s entire history, the FTC has investigated claims for business practices that are illegal.  This would be the first time they would be asked to investigate platforms for political leanings.

The order is still in draft form, but it was announced it’s coming once finalized. A responsible FCC director would refuse to go along with this, but sadly, he’s Trump’s handpicked sycophant Ajit Pai.

In normal times, a judge would point out the order is illegal and unconstitutional. Yet these aren’t normal times. Mitch McConnell has worked with Trump to remake the judiciary in his image, so no one can say exactly what will happen if it goes before a mini-Kavanaugh.

All of this because Trump is, quite obviously, obsessed with Twitter. (No, seriously.)  Back in April, Trump invited Twitter CEO Jack Dorsey to the White House so he could personally complain about his Twitter following, which Trump implied that Dorsey was manipulating. Dorsey explained that they were cleaning up the fake accounts and foreign “bots”, but Trump was still pissed. Trump repeated this false claim at the end of one of the most disgraceful summits to ever occur at the Rose Garden, where he invited a slew of online extremist bigots and conspiracy nuts to gripe about people saying mean things to them on the internets.

Hate speech has skyrocketed on social media platforms in the Trump era. Vice News analyzed over a million internet comments and noted slurs against racial, religious, and gender minorities increased by 40% since Trump began his campaign. Hate speech and violent language have increased 25% over the same period.

After several attacks and mass shootings involving white supremacists, who proudly say they are carrying out Trump’s wishes, it’s unconscionable that Trump won’t turn down his hateful rhetoric. It’s downright evil, however, that he is trying to use the power of the presidency to force private platforms into giving these disgusting, bigoted cretins a larger megaphone.

He has to be stopped. He must be defeated. And we must never again be so complacent to allow this to ever happen again. 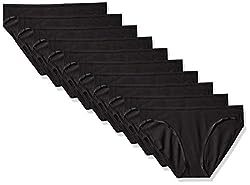