All power does derive from the bottom. The various “snatch” teams likely were training for such specialized operation in larger cities. All you have to add are extralegal renditions.

Please get #TrumpInvasion trending. Everyone needs to prepare, now.

“On Sunday… #Trump was exposed in a way he simply hasn’t been — and by a Fox News host to boot.”

The confidence Trump displayed in his false claims was truly something to behold. (“Ready?” “I will get that one just like I was right on the mortality rate.”) The question has often been whether he truly believes his own hype or is just committed to the lie. Either way, Wallace laid it bare.

Wallace shot back: “Well, one of them was count back from 100 by seven.” He began counting: “Ninety-three.”

In other circumstances, this could have come off as overly adversarial. But Wallace was putting his finger on the ridiculousness of the claim — just as he had so many times previously in the interview.

These were the kinds of things that have been pointed out ad nauseam outside the audience of the president; Wallace just had the venue and the wherewithal to actually press him on them. And the result was something unlike we’ve seen thus far in Trump’s presidency.

U.S. House Democratic leaders are asking for federal inspectors general to investigate the Trump administration's use of federal law enforcement agencies against protesters in Portland, Oregon, and other cities. https://t.co/i2BnZjjDdF

The DOJ and DHS IGs must open an investigation immediately.https://t.co/YgKmNiFthc

Protesters and federal police clashed in Portland, Oregon, as ongoing demonstrations against police violence drew an estimated 1,000 people over the weekend Ã¢Â€Â” the largest crowds in weeks https://t.co/v3jwiaWeid pic.twitter.com/M0bq09NiOD

A fairly complete summary of the past months in Portland:

…thus far, the only escalation seen recently has been the federal agents now roaming the streets of downtown Portland in rented vans, arresting activists seemingly at random. These men display no identification, no name tag or badge number or anything else that might be useful identifying them. That fact has rightly shocked Americans across the country, but at this point, it is nothing new to Portland protesters.

Portland Police have been hiding their names for weeks, instead using numbers that cannot be correlated to names by any means available to citizens. Members of multiple different law enforcement agencies, all with different rules of engagement from the PPB, have been policing demonstrations since the very beginning. As Tuck Woodstock, a local reporter, noted on Twitter:

Pay attention, because it is my belief that all of this will not stay confined to Portland. Your city might be next.

Just what is going on in #Portland?

Our very own @IwriteOK has covered the events leading up to the current crisis for weeks, and continues to report on the ground.

Read this before you read non-local coverage of this explosive, dangerous situation https://t.co/fDtBx9lV8S

A Navy vet asked federal officers in Portland to remember their oaths. Then they broke his hand. https://t.co/6RPKL1YwYG

Just asking those who might hold agents like Portland’s DHS protection squads accountable: who attended the ICE Citizens Academy and what have their activities been in the post-George Floyd period?

The local leaders who were selected to attend HSI St. Paul's first Citizens Academy underwent an eight-week course. They had a unique opportunity to learn about HSI in an interactive environment that included classroom instruction and practical exercises. These participants came from various backgrounds including local businesses, media, finance, education, state and federal government, and volunteer services. Academy participants were afforded a unique insight as to how HSI enforces more than 400 federal statutes focused on border security, transnational crime and national security.

“HSI's Citizens Academy is an important tool to familiarize the public with HSI and our vital mission areas,” said Special Agent in Charge Tracy J. Cormier. “This increased public understanding of HSI will help us continue to increase our mission effectiveness.”

As students, Academy participants were exposed to the many different types of responsibilities that HSI special agents hold. The students participated in simulated investigations and other activities routinely encountered by HSI special agents. 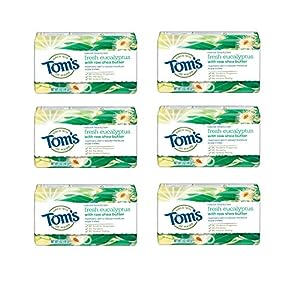