Wow, Donald Trump is really upset about reports that he hid in his bunker like a shivering Pomeranian during a thunderstorm. Someone needs to let him know Hitler did it, too. Then it might not leave such a bad taste in his mouth.

President Donald Trump sought to explain his presence in an underground White House bunker during clashes outside the residence on Friday as an “inspection,” rather than a retreat for his own safety, telling a radio interviewer Wednesday he was only in the safe room for a “tiny” amount of time.

“They said it would be a good time to go down and take a look because maybe sometime you're going to need it,” Trump said, casting the episode as an appraisal of his security logistics rather than an emergency.

Okaaaay. Yeah, that’s … plausible.
Or maybe they rushed him down there to do the second half of his physical.
According to “multiple people” who talked with CNN, Trump was actually moved to the bunker for nearly an hour on Friday, along with Melania and Barron.

The second source told CNN that “if the condition at the White House is elevated to RED and the President is moved” to the Emergency Operations Center “Melania Trump, Barron Trump and any other first family members would be moved as well.”
Trump, who was enraged when reports emerged he was rushed to the secure location, told Brian Kilmeade on Fox News Radio that in fact he went during the day and not when protests were raging outside his front door.
“I was there for a tiny, short little period of time,” he said, adding it was “more for an inspection.”
After the initial reports emerged, Trump fumed that he looked weak and insisted he be photographed outside the White House gates, a demand that ultimately led to his visit Monday to St. John's Church across Lafayette Square.

Honestly, for once I don’t fault Trump for hiding in his posh little spiderhole. They’d probably rush any president to safety under the same circumstances. (Of course, we wouldn’t have the same degree of civil unrest with another president, but that’s another story.)
But his reaction — which naturally includes more lies — is problematic. Who is going to believe this? The president of the United States inspects the bunker? Why? To make sure it’s properly stocked with fancy soaps and McNugget sauces?
Just tell the truth, Bunker Boy. There’s no shame in it. The shame is everywhere else in your life. You don’t need to look far.
“This guy is a natural. Sometimes I laugh so hard I cry.” — Bette Midler on Aldous J. Pennyfarthing, via Twitter. Find out what made dear Bette break up. Dear F*cking Lunatic: 101 Obscenely Rude Letters to Donald Trump and its boffo sequels Dear Pr*sident A**clown: 101 More Rude Letters to Donald Trump and Dear F*cking Moron: 101 More Letters to Donald Trump by Aldous J. Pennyfarthing are now available for a song! Click those links, yo! 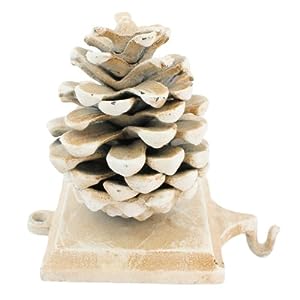