Trump chokes on 3' putts as he compares attempted murder to golf, then goes to Kenosha

Pres. Trump is headed to Kenosha, Wisconsin, after drawing a comparison between police officers who shoot people in the back to golfers who “choke” and miss a three-foot putt.

Trump: You know a choker they choke. Shooting a guy in the back many times couldn’t you have done something different… in the meantime he might have been going for a weapon… but they choke just like in a golf tournament they miss a 3 foot putt…. pic.twitter.com/HkzEX9ghZj

He was greeted by Senator Ron Johnson who was wearing a mask.

POTUS made brief remarks and said they would make a couple of stops today.

POTUS: “The violence stopped from the time the National Guard came. … We’ll have plenty to talk about.”

POTUS is motorcading to Kenosha from the Waukegan, Illinois, airport. It is an approximately 30 minute ride.

NOW – VIDEO: A Trump supporter loses her wallet then tells police a Mexican family with children took it. #Kenosha pic.twitter.com/LTnaHz74UC

Visiting Kenosha, I wonder if Trump will speak in front of the Dinosaur Museum. The beautiful dilophosaurus statue out front was smashed on the 3rd night of rioting. You could hardly find a more idiotic example of senseless violence than that. @holland_tim https://t.co/KwjRTwCOVc

Russian hackers post complete personal data of 7 million Michigan voters from the state electoral commission onto Russian dark web. All data is now for sale, in addition to similar data bases from several other swing states.https://t.co/g5WHUR1oMk 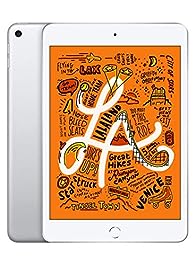