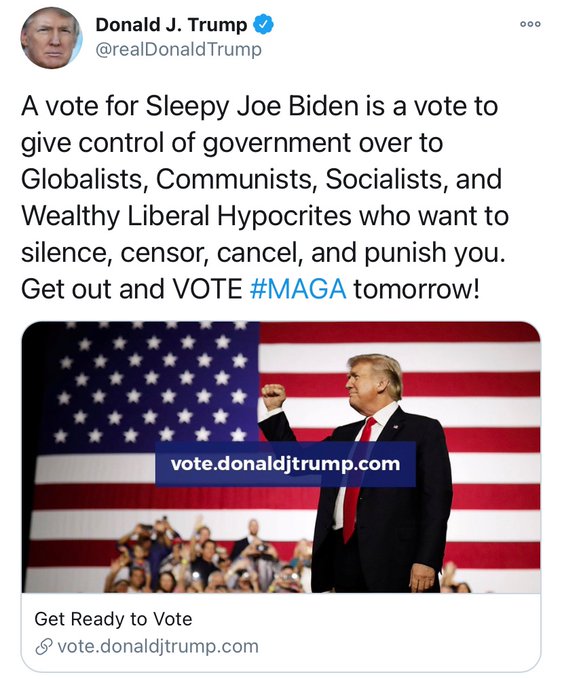 Because Trump has the best words, rappers who complain about their tax bills do have political preferences and endorsements, because gangsta.

Biden with Lady Gaga and Trump with Lil' Pump all in the same day. pic.twitter.com/0tyMzSpsOS

According to sources: After his prized deputy resigned “and with the election looming on the horizon, Durham phoned Barr. He forcefully told the attorney general that his office would not be releasing a report or taking any other significant public actions before Election Day.”

I reported six months ago about the ongoing investigation into Roger Stone. This footnote confirms that.https://t.co/JwyxalUNh5 https://t.co/ulieseOHQs

Remember that this references the rebranded NAFTA 2.0 and that none of us want this played at the 2021 Inaugural:

TRUMP'S COUP TONIGHT HINGES ON LIVE TV: It's his only chance to get away with a false claim of victory and burn it on America's retinas. TV news must stand up for Democracy and NOT run him live.

Eminem licensed Lose Yourself for the Biden campaign to use. pic.twitter.com/QuCH2dmKjv