Hey, guess what! Mexican immigrants spread disease! That’s why we need a wall! Or so says this moist, donkey-brained twit who’s scarcely said a true thing in three and a half years. (Second tweet)

Imagine overseeing a coronavirus outbreak that has resulted in more than twice as many people in your country dying as the second hardest-hit country, then attacking Mexico for not doing a better job handling the pandemic pic.twitter.com/65AzyBUWkp— Aaron Rupar (@atrupar) July 14, 2020

TRUMP: “We’re gonna have every person in the world pouring into our country from all over the world. And by the way, the wall was so timely because it stopped people coming in from heavily infected areas of Mexico. If we had that, we would be in trouble like you wouldn’t believe, you wouldn’t believe. And remember, cases is different than deaths, and cases we give you because our testing is the best in the world. And by the way, by far the most. Forty-five million.”

I’m almost in awe of this statement, to be honest with you. Who else can so consistently cram 10 pounds of bullshit into a 2-pound bag?

1) Dude! You didn’t build a wall. And Mexico definitely didn’t pay for it.

Nearly all 216 miles built since Trump took office replaced outdated or dilapidated fencing. Only about “three miles of new border wall system [have been] constructed in locations where no barriers previously existed,” according to Homeland Security’s June 19 status report on the wall.

Trump repeatedly pledged during and after his 2016 campaign that he’d make Mexico pay for “a big beautiful wall” on the entire 1,954-mile border. So far, the Trump administration has spent $15 billion on the project. Mexico has not contributed anything.

2) Raise your hands all you world citizens who want to pour into the United States to avoid the coronavirus. That’s like wading into a McDonald’s Playland ball pit in order to scrub all the toddler urine off your legs.

3) Yeah, we have tested more than anyone else because a) we got a slow start on testing, b) we’re a pretty big country, and c) people simply can’t believe how bizarrely fucked up things are over here and they need to see the proof. But we’re actually ranked a dismal 23rd in the world when it comes to the number of tests conducted per capita — which is the only measure that even remotely matters.

4) We are in trouble like you wouldn’t believe. Jebus Christmas, dude.

So there you go. The gaslighter-in-chief strikes again. Enjoy the rest of your day in the Land of Merry Make-Believe. 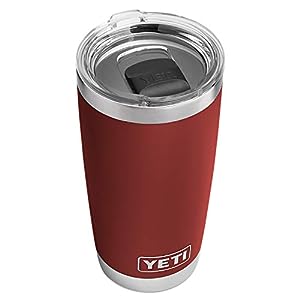