Trump: Biden 'happy' to endanger lives by doing what he thinks will help him politically

By Aldous Pennyfarthing on September 10, 2020

Low-Energy Don opened his lie-hole today and the grody innards of a Hieronymus Bosch painting spilled out.

While his lies and misrepresentations weren’t as effervescent as usual, they were still pretty outrageous. It’s like Nixon fucked Eeyore and the resulting placenta decided to give a really tired, boring speech.

President @realDonaldTrump: “Biden's perfectly happy to endanger the lives of other people by doing something that he thinks is going to help him politically.” pic.twitter.com/QjLpRM7JLT— The Hill (@thehill) September 10, 2020

TRUMP: “As we continue to follow the science-based approach to protect our people and vanquish the virus, Joe Biden continues to use the pandemic for political gain. Every time I see him he starts talking about the pandemic. He’s reading it off a teleprompter. I’m not allowed to use a teleprompter. Why is that, Phil? They ask questions and he starts reading the teleprompter. He says, ‘Move the teleprompter a little bit closer, please.’ I don’t know, I think if I did that I’d be in big trouble. I think that would be, that would be the story of the year. When I took early action in January to ban the travel, and all travel to and from China, the Democrats and Biden in particular called in xenophobic. Remember that? Joe was willing to sacrifice American lives to placate the American left open-border extremists. And we saved tens of thousands of lives, probably hundreds of thousands of lives, and we saved millions of lives by doing the closing and now the opening the way we did it. Joe’s decision to publicly attack the China ban proved he lacks the character or intelligence or instinct to do what is right. Now Biden’s launched a public campaign against the vaccine, which is so bad. Because we have some vaccines coming that are incredible. Scott was telling me about some of the things that are happening, and it’s very exciting, Scott. Thank you for being here. But you don’t want to have anything having to do with the political purposes, being an anti-vaxxer. You don’t want to be talking about the vaccines in a negative way, especially when you see the statistics that we’re starting to see. They’re incredible, actually. Biden’s perfectly happy to endanger the lives of other people by doing something that he thinks is going to help him politically, because his polls are getting very bad, they’re getting very shaky. This was an election that was going to be very easy, very quick, and then the China virus came in and I had to go back to work politically. Unfortunately, I had to devote more time politically than the other things we do which are very important for our country. But I had to go back to work and it looks like we’re going up very rapidly — more rapidly than the media wants to admit. And Biden’s had to go out. He’s gotten out of his basement, and he’s working. Let’s see what happens. But we’ve got to talk about how great these vaccines are, if in fact they're great. And I think you’re going to see numbers that are going to be very, very impressive.”

Where to start? Let’s just take them in order, shall we?

2) I love that the guy who’s reading — and sounds like he’s doing it from a Dick and Jane book — is trying to ding his opponent for (occasionally) using a teleprompter.

3) You didn’t ban all travel from China, Biff.

4) And Biden didn’t call you xenophobic for it.

6) Biden has not launched a public campaign against the vaccine. He just wants to make sure the vaccine is safe, and he’s suspicious of President Thalidomide’s urgent impulse to get a vaccine shipped out to the unwitting test subjects (i.e., American people) at any cost before November.

8) “Biden’s perfectly happy to endanger the lives of other people by doing something that he thinks is going to help him politically, because his polls are getting very bad, they’re getting very shaky.” Not from where I’m sitting, Sherbet Hoover. And Biden is happy to play politics during the coronavirus crisis? That’s a good one, Captain Projecto.

9) “But I had to go back to work and it looks like we’re going up very rapidly — more rapidly than the media wants to admit.” (See above.)

As for Biden being an anti-vaxxer? Is he seriously trying to make this one fly?

Healthy young child goes to doctor, gets pumped with massive shot of many vaccines, doesn't feel good and changes – AUTISM. Many such cases!

Of course, now Trump is extremely pro-vaccine because he knows it’s the only thing that gives him even a small chance of winning in November.

Donald Trump will say anything — anything — to get reelected, no matter how silly, stupid, or patently false.

That’s his superpower: He simply has no shame. Unfortunately, that’s also what makes him so fucking dangerous.

Good gourd, you won’t believe this. Two of Aldous J. Pennyfarthing’s books are now available for 99 cents apiece! Lasso copies of Dear Fcking Moron: 101 More Rude Letters to Donald Trump and Dear Prsident A**clown: 101 Letters to Donald Trump for this comically low price (later today the price goes up to $1.99). And, as always, you can get your copy of Dear F*cking Lunatic and preorder the final installment, Goodbye, Asshat. 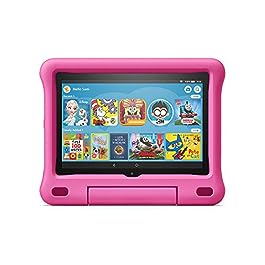