Trump’s Al Haig moment came yesterday. Wound-up tight, he was. Sometimes we don’t know WTF he’s saying, like “the Democrats were ‘artificially stopped’ by COVID-19”, but yesterday the unhingery got real. Hard for networks to stop broadcasting his lies when he’s so damned self-destructive.

Here's video of @PaulaReidCBS grilling Trump on what his administration did in the month leading up to the coronavirus crisis.

A toddler threw a self-pitying tantrum on live television on Monday night. Unfortunately he was 73 years old, wearing a long red tie and running the world’s most powerful country.

Donald Trump, starved of campaign rallies, Mar-a-Lago weekends and golf, and goaded by a bombshell newspaper report, couldn’t take it any more. Years of accreted grievance and resentment towards the media came gushing out in a torrent. He ranted, he raved, he melted down and he blew up the internet with one of the most jaw-dropping performances of his presidency.

Trump’s Easter had evidently been ruined by a damning 5,500-word New York Times investigation showing that Trump squandered precious time in January and February as numerous government figures were sounding the alarm about the coronavirus.

With more than 23,000 American lives lost in such circumstances, some presidents might now be considering resignation. Not Trump. He arrived in the west wing briefing room determined to tell the world, or at least his base, that he was not to blame. Instead it was a new and bloody phase of his war against the “enemy of the people”: the media. Families grieving loved ones lost to the virus were in for cold comfort here.

The missing six weeks: how Trump failed the biggest test of his life

The thin-skinned president lashed out at reporters, swiped at Democrat Joe Biden and refused to accept that he had put a foot wrong. “So the story in the New York Times is a total fake, it’s a fake newspaper and they write fake stories. And someday, hopefully in five years when I’m not here, those papers are all going out of business because nobody’s going to read them,” Trump said.

My lowkey favorite thing from today's press conference was after Trump said the President has "total authority" the reporter who asked him "Who told you that?" like she was a grownup asking a child where they had heard a swearword.

this recap doesn’t come within 3 miles of capturing the insanity that unfolded on Monday https://t.co/QFdE4fUJ3M

Cool so the president of the United States…
1. Just screened a propaganda video,
2. Declared the POTUS has "absolute authority," and
3. Had an insane, ranting meltdown when he was questioned
…on live TV.#TrumpMeltdown pic.twitter.com/kNpsRcfqHm

“When somebody is President of the United States, the authority is total.” – Donald Trump

“When the president does it, that means that it is not illegal.” – Richard Nixon

.@kaitlancollins: "You said when someone is president of the United States their authority is total. That is not true. Who told you that?"

President Trump: "We're going to write up papers on this…the governors need us one way or the other…" pic.twitter.com/fg1nacXbPA

After weeks of his advisers pointing out that Republicans believe in states’ rights to explain why this is a states’ decision, the president asserts that no, it’s his. https://t.co/egjFuATDsl

Jim @Acosta on @OutFrontCNN: "That is the biggest meltdown I have ever seen from a President of the United States in my career."

Worth Noting –
all of these people work for the administration already
They don’t need a task force
They could just call a meeting https://t.co/E65AgsUf8p

Trump says the Democrats "shouldn't be allowed to win" the election because of how good a job he's done. He says they were "artificially stopped" by the virus.

Trump wouldn’t be President without the free airtime he got in 2015-16 and he’s counting on the same cooperation from the media today.

Repeat: None of this will matter to Trump’s base. 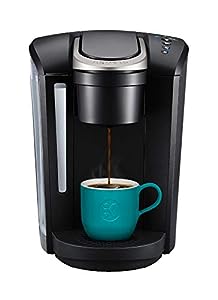