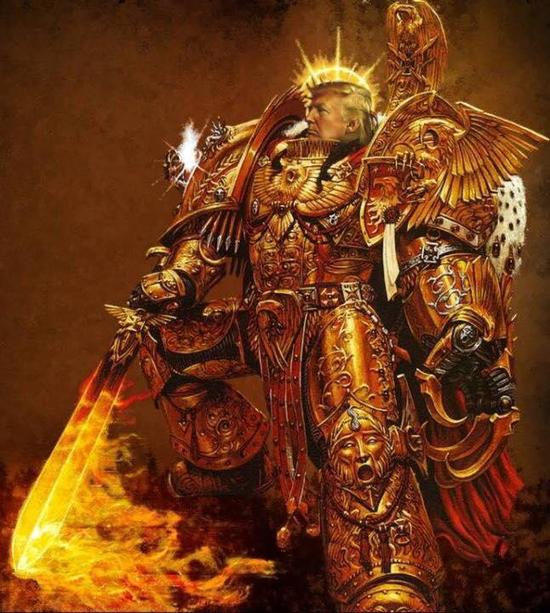 Aside from the usual caveats, Trump continues to act seditious.

The GOP is plunging into open warfare over President-elect Joe Biden’s election victory — with President Trump taunting Senate Majority Leader Mitch McConnell and threatening primary challenges against other Republicans, House lawmakers egging on senators to contest the counting of electoral college votes next month, and senior GOP senators rebuffing that effort as a pointless political exercise.
And while the internal Republican Party conflict festers, White House officials are scrambling in private to rein in Trump’s increasing embrace of conspiracy theorists as the defeated president and his most ardent allies continue to plot efforts to subvert the outcome of the Nov. 3 election.
But it all appears to have hardened Trump, who — having been out of sight for more than a week — is continuing to push baseless claims of election fraud, while those closest to him are unwilling to challenge him publicly and are instead only bolstering his efforts.
x

“The president is attracted to people who tell him what he wants to hear. And right now, he wants to hear that there’s a way for him to have won this election,” said Nicole Hemmer, a scholar at Columbia University and author of “Messengers of the Right,” about right-wing media.
Hemmer added: “As we get further and further down the line through the process of certification, there are fewer and fewer people willing to tell him that, and that’s in part why you’re seeing him surrounded more by fringe people.”
[…]

Even if conservative lawmakers enlist Tommy Tuberville or another senator to challenge the results, that only triggers deliberation and a vote in both chambers to accept or reject the certification — an effort sure to lead to defeat for Trump in the Democratic-led House and probably as well in the GOP-controlled Senate.

Each state and their electors can be challenged individually, meaning Trump’s allies — as long as there is one House member and one senator — can drag out the process considerably next month. Still, there are sharp disagreements among House conservatives on specific tactics for Jan. 6, some of which played out in a separate Cabinet Room meeting Monday after the Oval Office meeting with Trump.

“Get a lot of sleep,” Mo Brooks was heard yelling at Rep. Debbie Lesko (R-Ariz.) as she left the House floor after the chamber’s final vote Monday night. “Because it’s going to be a looooong Jan. 6.”

What would actually happen if Trump tried the 'martial law' idea? #SmartNews https://t.co/UxyVykskxJ

“And the reality is is that this is an act of sedition. This president is engaging in illegality, and the fact that he would even consider martial law is an affront to our values, and to the Constitution.”

During an interview with SiriusXM’s Dean Obeidallah that aired on Wednesday, New York Attorney General Letitia James claimed that Donald Trump’s attempt to overturn the 2020 election results amounts to “an act of sedition,” Mediaite reported.

“The days of President Trump are closely coming to an end,” she said.

The Nation echoed James and argued that Trump’s attacks on American democratic institutions are creating a “pretty good sedition case against himself.”

Putin Grants Lifetime Immunity to Russian Ex-Presidents (like himself) and Their Families
(Donald, are you listening?) https://t.co/pOPD0gT9eb— Mike Walker (@New_Narrative) December 23, 2020

“That Mr. Trump cannot get America’s military to join in perpetrating a coup scarcely makes it a minor matter that a president of the United States has explored the possibility.” #NYTLetters https://t.co/mO93iPBxjz

President Donald Trump’s reelection campaign made a long shot bid at the Supreme Court on Sunday to challenge President-elect Joe Biden’s victory in Pennsylvania in a petition that asked the justices to effectively reverse the outcome of the race.

The case, filed nearly seven weeks after Election Day and just a month before Biden is set to be inaugurated, will almost certainly be turned aside by the justices. It comes as Trump continues to deny his loss even as judges around the country have resoundingly rejected his and his allies’ baseless allegations of fraud.

The challenge follows a similar suit brought by Texas which the justices refused to hear earlier this month. The court rejected Trump-backed arguments from the state challenging the elections in Pennsylvania and other swing states. All nine justices signaled at the time that they disagreed with Texas’s central arguments.

The justices have not taken any action in a separate Supreme Court challenge brought by the Pennsylvania Republican Party, which is contesting the state’s extended absentee ballot deadline. That case was originally brought before Election Day.

The filing asks the justices to reverse three decisions from the Pennsylvania Supreme Court easing some of the state’s election rules related to signature verification, Election Day observation and mail-in ballot declarations. It says the state’s top court encroached on the authority given to state legislatures by the U.S. Constitution to carry out elections.

Another day, another long shot attempt by the Trump campaign to overturn the results of a democratic election he lost.
This time asking SCOTUS to overturn 3 rulings by the Pennsylvania Supreme Court & invalidate the commonwealth's slate of certified electors. pic.twitter.com/6mtx6PH2fH

I never pardoned individuals connected to my administration.

It will now be easier for federal prosecutors to require these pardoned felons to testify against Trump because they will not be able to invoke Fifth Amendment privilege.

Lest We Forget the Horrors: A Catalog of Trump’s Worst Cruelties, Collusions, Corruptions, and Crimes: The Complete Listing (So Far): Atrocities 1- 1,004 – McSweeney’s Internet Tendency https://t.co/PiGHAECiPz

(22244)
$179.00 (as of May 17, 2022 23:32 GMT -04:00 - More infoProduct prices and availability are accurate as of the date/time indicated and are subject to change. Any price and availability information displayed on [relevant Amazon Site(s), as applicable] at the time of purchase will apply to the purchase of this product.)