The collusion of IMPOTUS and Russia continues while he waits for his trial. One area that will see greater problems as cybersecurity experts leave the federal government because of Trump, is the electronic vulnerability of the US.

The new Russia adviser at the White House — the third in just six months — has no meaningful background on the subject. The only expert on Ukraine has never spoken with President Trump, only been mocked by him publicly.
The U.S. Embassy in Kyiv will soon be without its highest-ranking diplomat for the second time in a year, as another ambassador departs after being undermined by the U.S. president and his personal attorney.
The CIA analyst who triggered the impeachment inquiry continues to work on issues relating to Russia and Ukraine, but when threats against him spike — often seemingly spurred by presidential tweets — he is driven to and from work by armed security officers.
Having been impeached by the House, Trump faces trial in the Senate on charges that he abused the power of his office and sought to obstruct Congress. But the jarring developments over the past three months have also exposed the extent to which the national security establishment and the values that have traditionally guided American foreign policy are facing an extraordinary trial of their own under Trump’s presidency.

Russia tested cyber-autonomy for when it attacks the Internet elsewhere. 2020 will be a critical moment in US cybersecurity.

Russia yesterday completed a series of tests designed to make sure that its internet services could still work when isolated from the worldwide web.

The tests, said to involve state-run institutions and security services, as well as all communications operators, message services and email providers, effectively turned Russia’s internet, RuNet, into the largest intranet in the world.

They follow the passing of a ‘sovereign internet’ bill in November that, amongst other things, requires internet providers to ensure that their networks can carry out ‘centralized traffic control’.

Only idiots talk about presidential guardrails.

(2016) So we have to get very, very tough on cyber and cyber warfare. It is a, it is a huge problem. I have a son. He’s 10 years old. He has computers. He is so good with these computers, it’s unbelievable. The security aspect of cyber is very, very tough. And maybe it’s hardly do-able. But I will say, we are not doing the job we should be doing, but that’s true throughout our whole governmental society. We have so many things that we have to do better, Lester, and certainly cyber is one of them.

…of the 193 countries Trump could have partnered with on cybersecurity, he chose Russia.
www.washingtonpost.com/…

Cyber Attacks And Mass-Casualty Terror Strikes Ranked Top Security Concerns For US In 2020. "In the wake of President Donald Trump's impeachment, there is good reason for U.S. homeland security to look out for these potential threats." https://t.co/CzC6N2e6SA

We are in the midst of a global far right takeover concurrent with further privatization of election services, and in some cases can’t even get a clear idea who is handling the votes and voter registrations and what specifically they are doing with them. Thread. https://t.co/GA5qEQcw7a 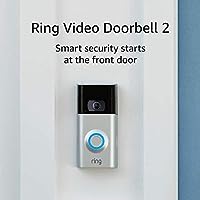