Trump’s self-fulfilling idiocy still needs to drive his numbers further down. Like punking his gun-toting followers, a desperate Trump thinks that having his GOP RNC acceptance speech at Gettysburg will do for his neo-confederate followers something, something Charlottesville.

The Stephen Miller logic probably has more historical revisionist malarkey in the first speech draft. Then again Trump might want his head carved into Little Round Top.

This will be the second time the confederacy tries to take Gettysburg. May it go as badly for you as it did the first time.— Walter Shaub (@waltshaub) August 10, 2020

Will he return to his 2016 Gettysburg speech, since he does tend to return to the same tricks, however many of them.

For him, Gettysburg appeared to be a symbol of a pugnacious leader, and of the Civil War itself. Indeed, this idea of a nation divided has been the heart of Trump's campaign since he announced his candidacy, coupled with promises that he would stop the “rapists” and “murderers” who were coming across our borders.

Trump appears to be trying to present himself as the Lincoln for today's voters, suggesting he is fighting their civil war. And for all the Americans who feel left behind in a society that insists on a certain kind of social and cultural pluralism, Trump really is fighting their war.
He has promised to build walls and reject any rules and regulations that prohibit him from speaking his mind. He has warned working- and middle-class Americans that they are losing their jobs and that the country is losing its industry to dark “global forces” connected to both political parties. There are many Trump supporters who don't subscribe to these views, but this has been an overriding theme of his campaign from the start.
This is presumably why Trump chose Gettysburg to lay out the closing argument of his campaign — not with a view to healing the divisive atmosphere that has emerged, but to continue the fight.
edition.cnn.com/…

“A lot of politicians would pray for Trump to attack them,” Lis Smith said. “But now, you see him going after obscure Democratic county officials and Z-list celebrities.” She added: “It’s not worth dignifying his attacks a lot of the time.”

Shortly after a deadly explosion in Beirut this week, President Trump offered a theory — backed by no apparent evidence — that the devastating incident was “a terrible attack,” claiming “some of our great generals” thought it was likely the result of “a bomb of some kind.”

Such a bold proclamation from a U.S. president would usually set off worldwide alarms. Yet aside from some initial concern among Lebanese officials, Trump’s assertions were largely met with a collective global shrug.

More than 3½ years into his presidency, Trump increasingly finds himself minimized and ignored — as many of his more outlandish or false statements are briefly considered and then, just as quickly, dismissed. The slide into partial irrelevance could make it even more difficult for Trump as he seeks reelection as the nation’s leader amid a pandemic and economic collapse.

[…]
John Anzalone, Biden’s pollster, said the strategy against Trump works because “a supermajority of people believe he’s a liar, so he can come into the Situation Room or he can come into people’s living rooms and they don’t believe him.”
That represents an electoral weakness for Trump, Anzalone said, making it harder for the president to effectively diminish Biden. Part of that, he said, is how the public views Biden — as a generally decent man — but part of that is the president’s own credibility deficit.
“His problem is that there’s also a collective shrug when he attacks Joe Biden,” Anzalone said. “He attacks, attacks, attacks, but people don’t believe his attacks. They kind of eye-roll and they shrug.”

Donald Trump is no Harry Truman, but a comeback is on the cards | Larry Elliott https://t.co/FOCqY5I6QT

To win, Trump needs nothing to go wrong and everything to go right in the coming months: no surges in Covid-19, no setbacks to the economy, no share price crashes on Wall Street. It is a tall order but Biden should take nothing for granted.

CDC data shows that the U.S. has now seen 200,000 more deaths this year than on average https://t.co/VfZCpjJUpw

Morning Consult’s 2020 report on the Top 50 Most Loved Brands in America ranked the U.S. Postal Service as the number one most-loved brand, ahead of Google, UPS, Amazon and Netflix, based on such factors as favorability, trust and community impact. https://t.co/YR84RRL0Y3

Recent research from @HarrisPoll and @MorningConsult reveal “a deeply-rooted enthusiasm for #Halloween, even if it means that people have to rethink their approach this year.” #HalloweenTreats #HalloweenIsHappening https://t.co/z2FTkEfL22

There are 85 days until the election, and then another 78 days until Inauguration Day—for a total of 163 days that will test all of us in ways we can’t predict.

So this seems like a good time to launch @SykesCharlie's daily countdown journal. https://t.co/bgtN7CEdRn pic.twitter.com/dU3w9JYw6V 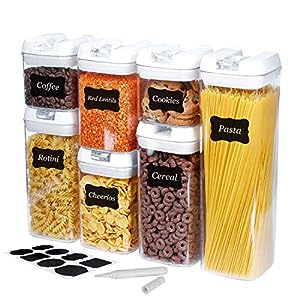