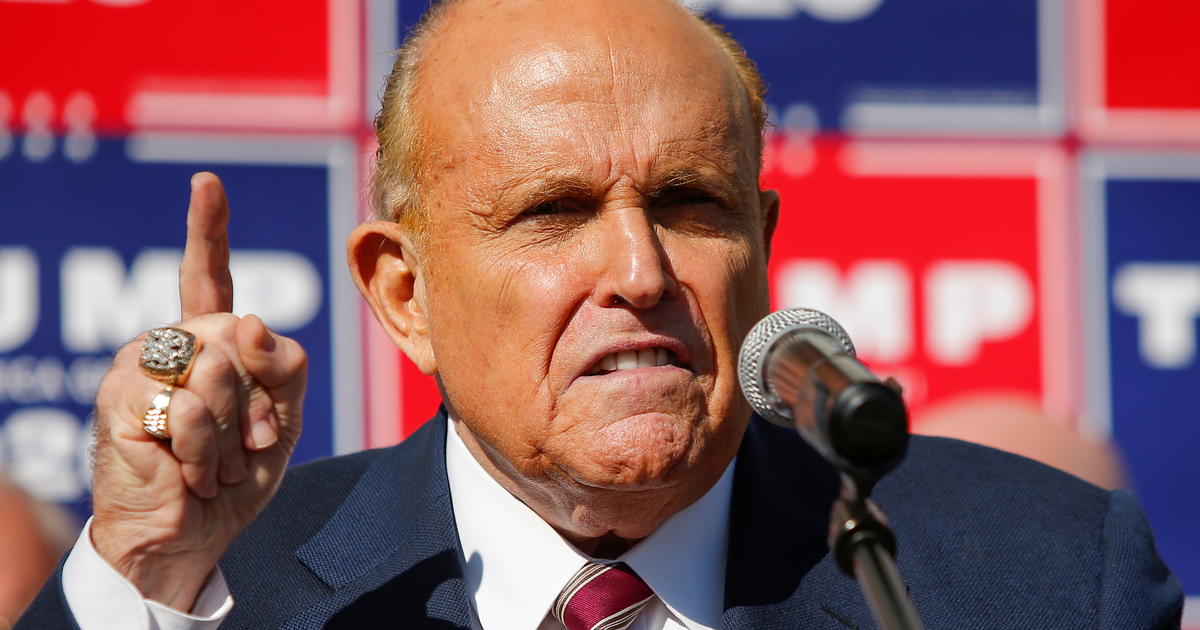 Russia targeted people close to Trump in bid to influence 2020 election, U.S. intelligence says, in an apparent reference to Rudy Giuliani. The Office of the Director for National Intelligence released an unclassified version of a classified analysis of foreign influence in the 2020 election. More obvious is the continuity from 2016, with some of the same characters. It may have been a mistake for Trump to not grant Rudy a pardon.

THIS JUST IN. New US intel report reveals Putin intervened in the 2020 election to help Trump—and @RudyGiuliani, OAN, Fox & others on the right were Moscow's useful idiots in Moscow's anti-Biden disinformation campaign. Please read & RT my full report:https://t.co/zeaVOprNGL

Aside from the main story of Putin’s return engagement, the report offers a broader study of foreign influence in the 2020 election, noting that Iran tried to use social media to undercut Trump and that China generally stayed out of the picture. But its key finding is that “Putin authorized and a range of Russian government organizations conducted influence operations aimed at denigrating President Biden’s candidacy and the Democratic Party, supporting former President Trump, undermining public confidence in the electoral process, and exacerbating sociopolitical divisions in the US.” According to the ODNI, Moscow did this by using “proxies linked to Russian intelligence to push influence narratives—including misleading or unsubstantiated allegations against President Biden—to US media organizations, US officials, and prominent US individuals, including some close to former President Trump and his administration,”

The report doesn’t name these dupes. But it’s clear who they are. Foremost among them is Giuliani, who as Trump’s personal lawyer sought dirt on Biden from sketchy sources in Ukraine and elsewhere. And a slew of rightwing media outlets, including Fox, OAN, Newsmax, and others, amplified and disseminated the anti-Biden swill Giuliani collected. The ODNI notes that Moscow’s “primary effort” in 2020 “revolved around a narrative—that Russian actors began spreading as early as 2014—that alleged corrupt ties between President Biden, his family and other US officials and Ukraine. Russian intelligence services relied on Ukraine-linked proxies and these proxies’ networks—including their US contacts—to spread this narrative to give Moscow plausible deniability of their involvement.” (One side aim of this clandestine project was to reduce Trump’s support of the Ukrainian government.).

“In late 2019, GRU cyber actors conducted a phishing campaign against subsidiaries of Burisma holdings, likely in an attempt to gather information related to President Biden’s family and Burisma.”

This article I wrote in November about the "October surprise" targeting Hunter Biden as the culmination of a multi-year plot by Team Trump in which Russian intelligence played a role, possibly via Rudy Giuliani, is looking pretty darn good at the moment.https://t.co/gAxMzSO8ri

The Hunter laptop story was an interesting op, and it’s telling to recall the characters who were involved in pushing it.

I first learned of it when Josh Hawley pushed it on the Senate floor that morning, and tracked it in real time.

Andreii Derkash, who is identified in the above report as a key player in Russia’s 2020 election interference efforts, was a part of “Team Giuliani,” the people who fed (dis)info to Sen. Ron Johnson, as @rgoodlaw and I explained here https://t.co/yOkZBQnUTS pic.twitter.com/5dl44AzWoZ

How do we know that they’re talking about Giuliani here? It’s not like there’s pictures of him in the act of receiving disinformation from FSB frontman Andrei Derkach?

Lev Parnas has something to say about working with Rudy Giuliani. And he would know. https://t.co/7NBFUPzleU

"[Russia's] totally succeeded. Without launching a missile, without raising an army, they have been so successful in helping us just crumble … all we do is fight all the time about how we hate the other," Elizabeth Neumann says.https://t.co/lXEQIMDetW

"Our Supreme Court and our courts didn't have the courage to overturn elections" — Trump pic.twitter.com/yYdxRP4Uqf

Nothing in the corrections changed the substance of the original story or in Trump's intent in calling GA election official. https://t.co/cVVJcdzsb3

(32743)
$348.00 (as of May 16, 2022 19:07 GMT -04:00 - More infoProduct prices and availability are accurate as of the date/time indicated and are subject to change. Any price and availability information displayed on [relevant Amazon Site(s), as applicable] at the time of purchase will apply to the purchase of this product.)