Politico is reporting that Trump's strain with Pentagon inspires talk of more departures:

Even before Navy Secretary Richard Spencer’s forced ouster this weekend, a handful of the Pentagon's highest-ranking officials have been debating just when they would feel compelled to resign over what they see as Trump's disregard for the chain of command, two current senior officials told POLITICO in recent days. The officials spoke on condition of anonymity because they were not authorized to discuss internal deliberations.

“There's a sense of dejection by senior leaders in the Pentagon, that the president and the secretary of defense are going to side with the loudmouths at Fox News against the reasoned opposition of senior military professionals,” said another Pentagon official with direct knowledge of high-level discussions. “That's the sense in a nutshell.”

The Gallagher interference — with all its implications for weakening military discipline — was only the latest misuse of Trump's powers as Commander-in-Chief:

He ordered the Pentagon to award a huge contract for JEDI to Microsoft rather than to Amazon, because he hates Jeff Bezos.

He demanded the Navy switch back to steam catapaults.

He tried to have the name of the USS John S. McCain covered up while he was visiting nearby. (OK, that one may have originated with his minions, not him.)

He stole money from military families and facilities to help pay for his useless border wall.

He deployed thousands of troops to the Mexican border before the midterms in a clearly political stunt.

He ignored military advice not to withdraw from Syria, and he withdrew in so hasty a fashion that the military was forced to abandon or destroy much expensive equipment.

And by the way, Gallagher, who is still in the Navy and under military command, took to the airwaves to criticize his commanding officer, Rear Adm. Green. And Trump wants Gallagher with him on the campaign trail — that will really go down well with the senior commanders.

Other media have been reporting on this. Here’s a story in this month’s Atlantic —  Top Military Officers Unload on Trump:

Military officers are sworn to serve whomever voters send to the White House. Cognizant of the special authority they hold, high-level officers epitomize respect for the chain of command, and are extremely reticent about criticizing their civilian overseers. That those I spoke with made an exception in Trump’s case is telling, and much of what they told me is deeply disturbing. In 20 years of writing about the military, I have never heard officers in high positions express such alarm about a president.

And from the UK Guardian (Oct. 18 2019) — General discontent: how the president's military men turned on Trump:

A torrent of raw military condemnation has been unleashed on Donald Trump, with some of the most respected figures among retired military leaders lining up to express their profound disapproval of their commander-in-chief.

The outpouring was exceptional, both for the sheer number who unloaded on the president and for the unrestrained language in which they put it.

SecDef Jim Mattis resigned over Trump’s Syria “policy” (and there is a new report that Bolton thinks Trump had personal or business reasons to make way for Erdogan’s attacks on the Kurds), and SecNav Spencer just resigned under pressure over Trump’s interference in military discipline. I don’t actually think the top brass will all resign — too much of a sense of duty to their commands — but I do expect they will let leak more of they think of what the “fucking moron”  is doing to the armed forces. And I fully expect that retired military officers will be very vocal in the 2020 campaign. 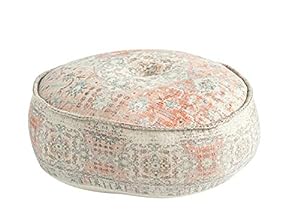