Mitch McConnell penned a Sunday op-ed in The Wall Street Journal defending his decision, which particularly angered Trump, according to a person familiar with the situation. Trump dictated the Tuesday statement himself, the person said, and the version that went out was toned down from the former president’s original comments. Another source familiar with the situation said Jason Miller, a top Trump adviser, took the lead in writing the final version of the statement.

A person familiar with the crafting of the statement confirmed that it could have been far worse. An earlier draft mocked McConnell for having multiple chins, the person said. But Trump was convinced by advisers to take it out.

“There was also a lot of repetitive stuff and definitely something about him having too many chins but not enough smarts,” the person said.

It wasn’t until after McConnell published a Wall Street Journal op-ed this week castigating Trump that the former president decided to hit back at the Senate GOP leader. Trump wasn’t happy with McConnell’s weekend rebuke of Trump on the Senate floor, but he saw the op-ed as a bridge too far, according to a person with knowledge of his reaction.

Some Trump advisers were critical of the former president’s broadside, saying he needs to be more surgical in how he engages in primaries against sitting GOP incumbents. So far, he has been largely focused on the House Republicans who supported his impeachment, including Reps. Liz Cheney (R-Wyo.) and Adam Kinzinger (R-Ill.), according to people who have spoken with him.

But people close to the former president say it’s McConnell who made the bigger mistake by starting the fight, even in voting for acquittal. In poking Trump, they argue, McConnell put Republicans in a box, forcing them to choose between Trump — who maintains an iron-like grip on the party’s base — and McConnell.

So far, aides to Republicans facing reelection in 2022 say they’re making the bet that Trump’s threats will be a wash — and that, with months to go until the election season gets into full steam, it’s impossible to know whether any Trump-inspired primaries will materialize. National Republican Senatorial Committee Chair Rick Scott (R-Fla.), who opposed the certification of the election results in Pennsylvania, has been reluctant to criticize the former president, betting that his support will be needed in order for the party to reclaim the majority.

But the Senate map suggests that Republicans could face primary headaches. The GOP is focused on four Democratic-held seats — Arizona, Georgia, Nevada and New Hampshire — and could encounter contested primaries in each. Meanwhile, of the top three seats Democrats are targeting, GOP incumbents are retiring in two of them, North Carolina and Pennsylvania.

“The only way to get through this civil war is to have everyone have command focus on ‘22,” said Scott Reed, a veteran GOP operative. “Focus on recruiting and running candidates based on good Republican policies and ideas, and not make everything a referendum on Trump.”

Guess which US Senator from Texas flew to Cancun while the state was freezing to death and having to boil water? pic.twitter.com/fNY00EmMMR

If that’s not Ted Cruz flying to Cancun, I feel really badly for the guy who has to go through his entire life looking like Ted Cruz.

Former 60 Minutes Reporter Ira Rosen claims that Ghislaine Maxwell told him that there were tapes of both Trump and Clinton with underage girls. She hid the Trump tapes because she didn't want the media to also get Clinton before the 2016 election. pic.twitter.com/nLTMn9tguI 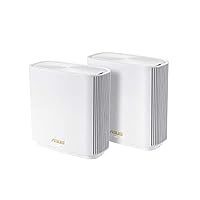