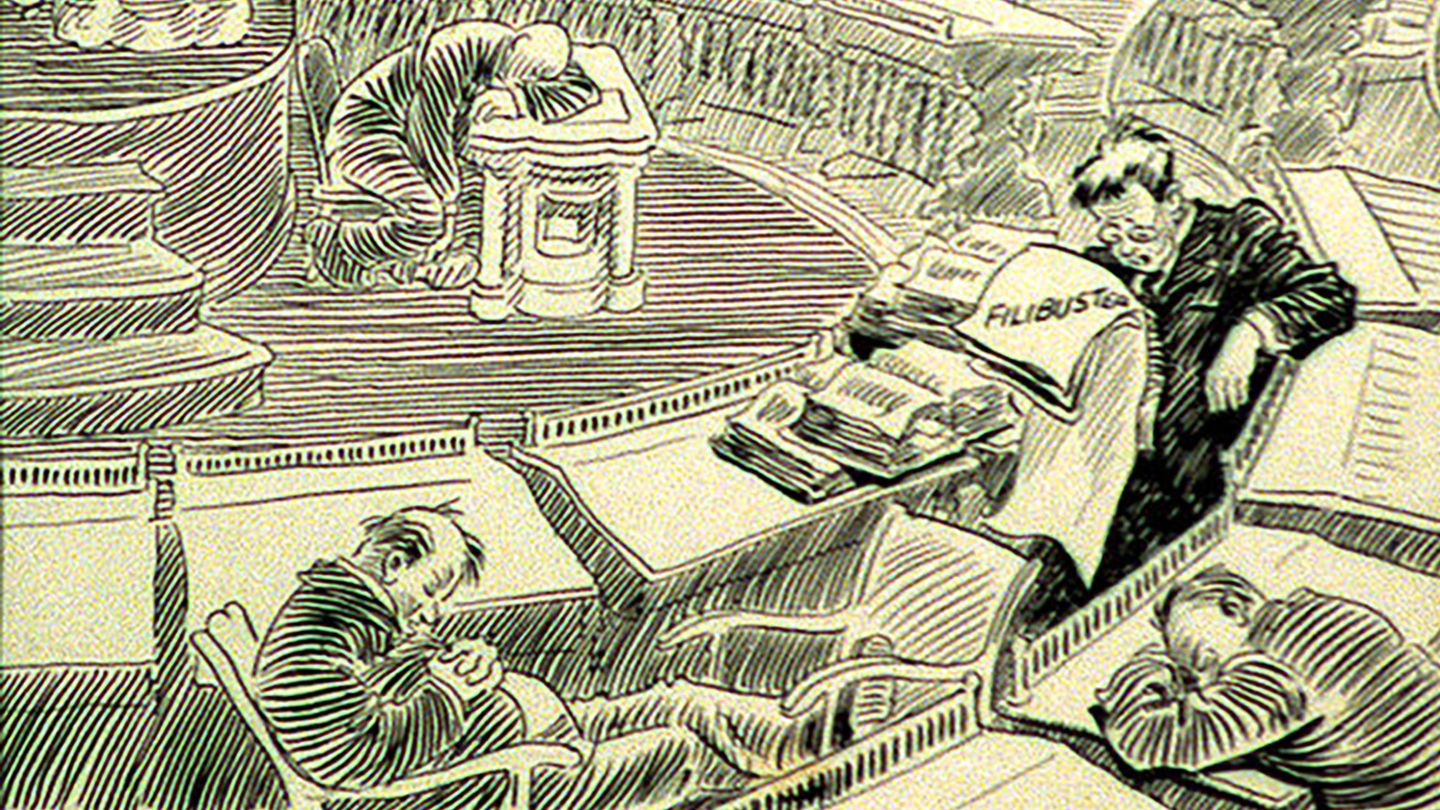 In September of 2013, Republicans attempted to curtail full funding of the Affordable Care Act but their efforts came to an absurd end. Senator Ted Cruz (R-TX) spent just over 21-hours regaling the public with a tale penned by Dr. Seuss, the wisdom of Ashton Kutcher, and the World Wrestling Federation. Those types of shenanigans are not unique to the history of the much-debated filibuster or limited to either party’s politics of stalling or obstruction. Although three of the five longest official filibusters were conducted by Republicans; The individual record holder is Strom Thurmond, who in 1957 protested Civil Rights legislation as a Democrat and switched to the Republican party after the passing of the 1964 Voter Rights Act.

On both sides, historically, filibusters were compassionate angry tirades, filled with procedural arguments, some facts, and peppered with meandering absurdities to delay votes. What has bastardized the process of governance [even more] is the silent filibuster. A single Senator can now object to the movement of legislation with a mere phone call and silence. There is no precedent for the filibuster outlined in the Constitution. Its’ most famous uses have been to kill civil rights legislation. The rule has now become a GOP tribal spear to pierce any type of meaningful Democratic legislative movement.

Click this link to lesson to the audio version of this article.

The filibuster is now a 12-year-old argument.  No, not 12 years of historical debate, arguments have been reduced to those of a 12-year-old child. We have gone from guns don’t kill people; people kill people to Senator John Kennedy’s (R-LA) argument that we do not ban cars because of drunk drivers. The hole in that argument Mr. Kennedy is that no one rides their AR-15 to work. Guns have one express purpose—to kill things. Unless of course you are Ted Cruz and you use the hot gun barrel for frying bacon.

The inane dumbing down of public debate and discourse is destroying American democracy. Just yesterday, one of the former President’s counsels [Sidney Powell] admitted that her arguments decrying the fair election of President Joe Biden were theater. Facing a 1.3 billion-dollar lawsuit from Dominion Voting Systems Powell’s defense states, ‘reasonable people wouldn’t have believed as fact her assertions of fraud after the 2020 presidential election.’   I guess this new defense means her assertions were more ‘Krackpot’ than Kraken.

The lame excuses for the lack of enacting reasonable gun control regulations from Republicans in place of pleasing their voter base have gone from obstructionist to obscene. Officer Eric Talley was one of 10 people gunned downed at a Colorado grocery store Monday. Officer Talley was very much a ‘good guy with a gun,’ outmatched in weaponry, by a rifle-wielding killer. The killer was identified by his family as having increasing mental difficulties. Yet he was able to buy a semi-automatic rifle 6 days before his killing spree. Predictably, GOP officials offered thoughts and prayers and in the coming days, I predict will tell us, now is not the time to politicize the deaths of the victims.

Silence is becoming a hallmark of Republican inaction, no to healthcare followed by silence; no to tightening gun registration laws followed by silence, and recently no to Covid relief followed again by silence. Changing and saving lives requires action, not the silent filibuster that Republicans now believe is governing.

(51689)
$17.62 (as of May 22, 2022 09:57 GMT -04:00 - More infoProduct prices and availability are accurate as of the date/time indicated and are subject to change. Any price and availability information displayed on [relevant Amazon Site(s), as applicable] at the time of purchase will apply to the purchase of this product.)